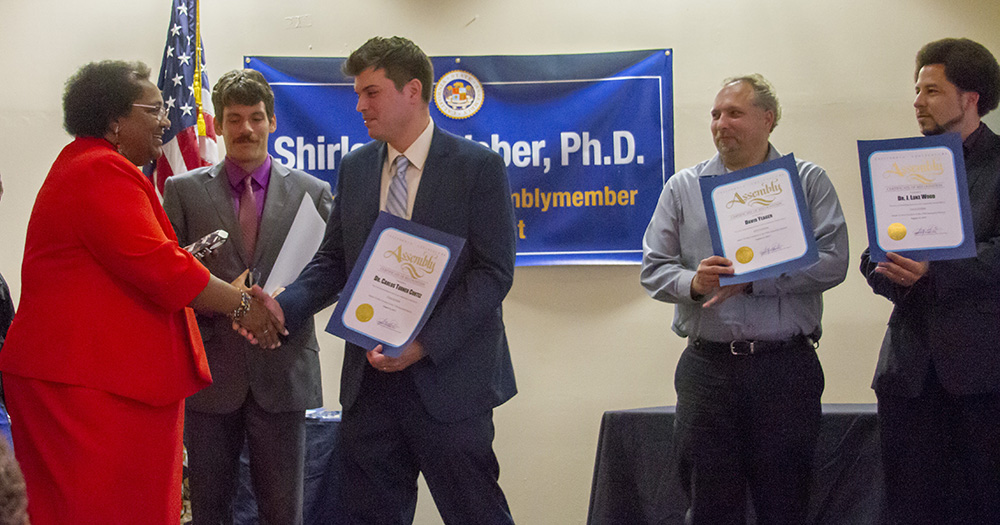 President Turner Cortez is a longtime educational leader with a strong commitment to social justice. As an educator with Teach For America he witnessed the injustice inside classrooms and saw first-hand hardships in urban communities.

“It’s an honor to be recognized as a leader making a difference in San Diego,” said President Cortez. "Assemblymember Weber is known for her advocacy in closing the achievement gap and supporting a higher standard of excellence in education. As I am also deeply committed to this work, there is tremendous pride in receiving the award.”

In 2015, Cortez was named president of SDCE, the largest noncredit adult educational institution in the nation, and since then has led the charge for more on-campus resources that support the large populations who come from rural areas and inner-cities looking for socioeconomic mobility. SDCE offers California residents age 18+ more than 60 free short-term career certificate programs and thousands of free classes including Citizenship, English as a Second Language (ESL) and High School Diploma/Equivalency.