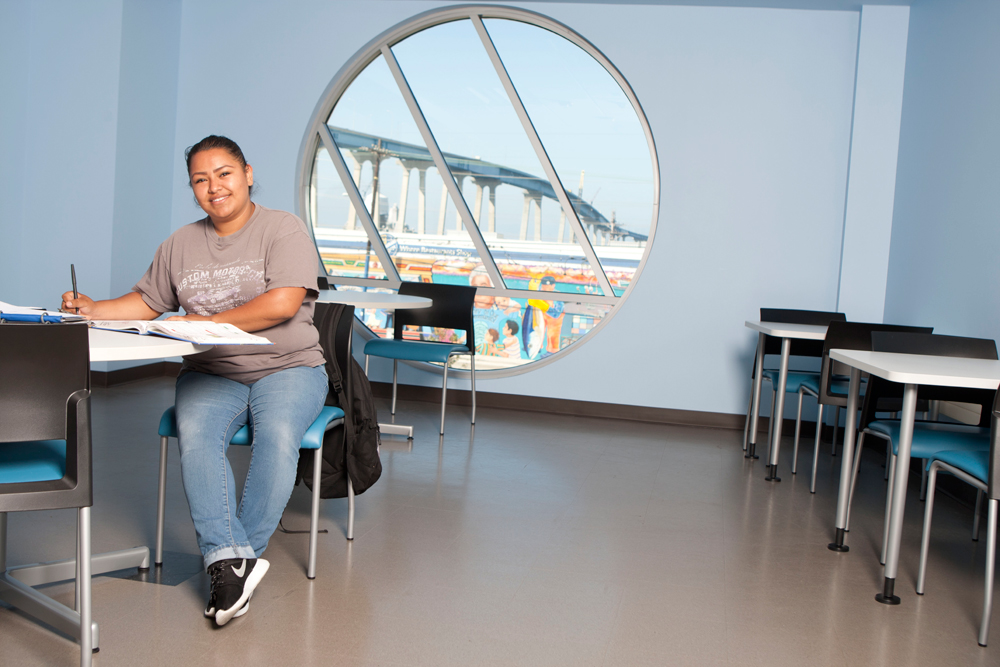 The Chancellor’s Cabinet anticipates another outstanding academic year and welcomes the many new colleagues who have been hired in the past year across the San Diego Community College District. The district encourages all members of the faculty, staff, administration, and student leadership to be active and to participate in governance. Your critical analysis and suggestions are always welcome.

Following the largest summer session in SDCCD history, enrollment remains strong at each of the District’s colleges. The new academic year began August 22 at the District’s colleges and San Diego Continuing Education began its fall semester September 6. The District is on track to meet its state-authorized growth target for the year with a 2.8 percent increase in enrollment. The District anticipates a headcount enrollment of approximately 45,000 at the colleges this fall and about 12,000 at Continuing Education. Online enrollment is up an impressive 14 percent across the District. As indicators of softening student demand continue elsewhere in the state, the Chancellor’s Cabinet will continue to closely monitor enrollment and implement what has been a highly effective enrollment management strategy.

With campus visits coming March 13-16, 2017, accreditation continues to be a priority for the Chancellor’s Cabinet. The colleges and Continuing Education are now in the final stages of their institutional self-evaluation and will present their Self-Evaluation reports to the Board of Trustees on December 8. Everyone in the District is encouraged to engage in this process. For more information, visit the District Accreditation website which contains districtwide information pertaining to accreditation, including planning documents, timelines, reports, and evidence, as well as links to the college and Continuing Education websites: www.sdccd.edu/accreditation

Members of the Chancellor’s Cabinet, along with campus representatives, joined hundreds of community college representatives from around the state in Oakland, CA on August 30 to share effective models for strengthening and expanding the California College Promise, a bold effort to offer two years of tuition-free community college to hard-working students. The day-long event featured remarks from Lieutenant Governor Gavin Newsom, incoming California Community Colleges Chancellor Eloy Ortiz Oakley, SDCCD Chancellor Constance M. Carroll, and national College Promise Campaign Executive Director Martha Kanter. College Promise programs already in place were highlighted as well as ideas for college leaders looking to start and sustain their own programs. The SDCCD launched a pilot program, called the San Diego Promise, earlier this year. This fall, the first 201 San Diego Promise students were enrolled at City, Mesa, and Miramar colleges. Students participating in the pilot program pay no enrollment fees and receive up to a $1,000 book grant for the year.

More workforce preparation programs, more online courses, and more programs promoting student success are among the highlights afforded in a balanced, 2016-17 budget of $791 million adopted by the SDCCD Board of Trustees on September 8. While overall spending will drop as construction projects wind down under Propositions S and N, General Fund expenditures will rise more than 9 percent from $408 million to just under $447 million. Some $73.5 million will consist of federal and state financial aid, including more than $60 million in Pell Grants. The SDCCD is the region’s largest single provider of workforce training, and the new budget allows the District to add up to 2,000 students at City, Mesa, and Miramar colleges, and Continuing Education this year.

On August 22, Mesa College welcomed its first class of upper-division students.  Eighteen juniors in the college’s Health Information Management program began their two-year journey toward becoming the first to earn a four-year degree at a California community college.  Meanwhile, the college added another cohort of freshman following a class of 32 freshmen who enrolled last fall. Chancellor Constance Carroll and members of the Chancellor’s Cabinet continue to engage in conversations with state leaders on the benefits of the pilot program.