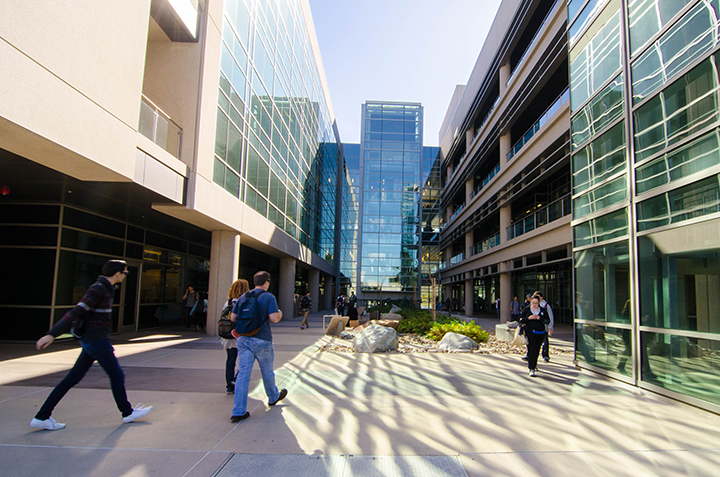 The San Diego Community College District has received the highest possible bond ratings from Moody’s Investors Service, which has upgraded the district from Aa1 to Aaa.

Moody’s has departed from its historical practice of not awarding its highest rating to an apportionment funded community college district due to the SDCCD’s healthy financial position, sound fiscal planning and management, strong reserves, outstanding independently prepared audits and “the strong management team leading the district.” This is the third time the district’s bond rating has been upgraded since 2005 by Moody’s Investors Services.

Standard & Poor’s has reconfirmed its AA+ rating but changed its rating outlook to positive.  This means the district is being monitored for AAA rating over the next two years. The outlook revision reflects in S&P’s view, “the district’s continued maintenance of very strong fund balances and positive operational performance.”

“I am very proud that our district has once again achieved the top bond ratings in its category from the two major bond rating agencies,” said SDCCD Chancellor Constance M. Carroll.  “The upgrade by Moody's to its highest overall level was unexpected and is an even greater affirmation of the district's excellent management and financial position.”

Both agencies recognized in their rating reports and during the October 3 intensive rating presentations the district’s solid financial position, strong and experienced management team, impressive financial and construction track record, and excellent and innovative operational practices. The district’s upgraded bond ratings will benefit local taxpayers.  With favorable interest rates, the upcoming bond refunding by the SDCCD will save property owners an estimated $70 million in actual debt service on their tax bills over the life of the bonds.

Maria Nieto Senour, president of the SDCCD Board, added, “These top ratings are a real win for taxpayers who will save millions of dollars as a result. This is a high priority for the board as it benefits the entire community.”

The upgraded bond ratings come as the SDCCD prepares to issue later this month its final new bonds totaling $122 million as authorized in 2006 for Proposition N, which was approved for $870 million by the district’s local taxpayers. In addition to the sale of the new bonds, the SDCCD will lower the debt service under Propositions S and N construction bonds previously issued by the district by refunding up to $525 million in bonds. The final issuance for Proposition S, which was authorized in 2002 by the district’s local taxpayers in the amount of $685 million, was fully issued in July 2013.

The income from the two bond measures, totaling $1.555 billion, is being spent on projects that were approved by the voters, benefiting City, Mesa, and Miramar colleges, and the six campuses of Continuing Education. These projects include nearly 30 major renovations or expansions, 30 new-from-the-ground facilities, and dozens of infrastructure, public safety, and accessibility upgrades across the district.

The district has been awarded a perfect score of 100 percent for its bond construction project's performance by the San Diego County Taxpayers Association.