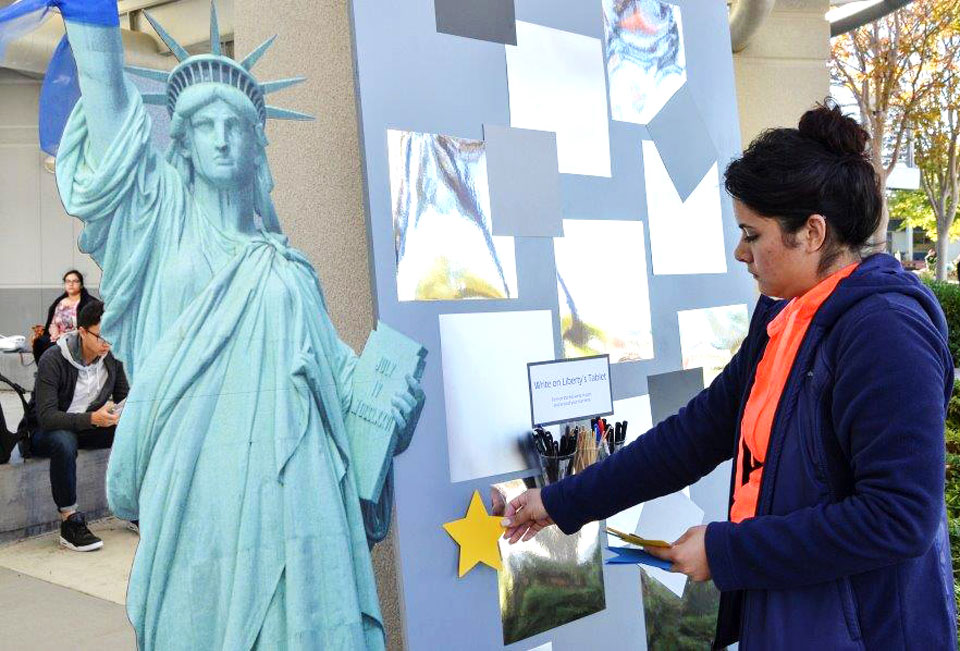 Students, faculty, and staff participated in a Teach-in event held at San Diego Mesa College on November 30, 2016.  The event was one of several actions taken across the district to ease tensions following the Presidential Election.

SDCCD pledges support of students regardless of immigration status, religion

The San Diego Community College District joined a growing number of colleges and universities around the country today when its Board of Trustees approved a resolution reaffirming support of its students.

The resolution, passed unanimously, urges President Donald Trump to continue the Deferred Action for Childhood Arrivals (DACA) program, which allows undocumented immigrants brought to the United States as children to work and study in the country without fear of being deported.  Former President Barack Obama launched the policy in 2012.

“The Board resolution reflects the values of the district’s faculty, administrators, staff, and student leaders,” said SDCCD Chancellor Constance M. Carroll.  “The campus presidents and I have sent a message to students, sharing the Board resolution and assuring them that we will do everything in our power to support their educational opportunities despite the challenges that may be on the horizon.”

Read the Board Resolution

The resolution affirms the district’s support for its diverse student population, including those who may lack legal authorization to be in this country; commits to not cooperating with any federal effort aimed at creating a registry of individuals based religion, national origin, race, or sexual orientation; precludes immigration officials from being on campus absent legal authority; and pledges to avoid acting on behalf of federal agencies enforcing immigration laws.

“Our goal in passing this resolution is simple and straightforward,” said Board President Maria Nieto Senour. “We value each and every one of our students, so our priority is to provide high-quality educational opportunities for all students, regardless of race, ethnicity, heritage, national origin, religion, immigration status, gender identity, or medical condition.”