Eunice Bragais, a trust relationship manager at U.S. Bank Private Wealth Management, has been named a community director to the San Diego Miramar College Foundation Board of Directors. Bragais began working for U.S. Bank as a trust associate in December of 2005. She was promoted to her current position of trust relationship manager in June of 2013. 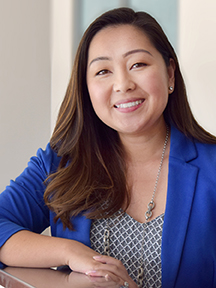 “I’m excited for the opportunity to serve on this board and with such a dedicated group of people who truly put the students first.” said Bragais. “U.S. Bank is dedicated to serving our community, making a positive impact in the communities in which we live, work and play.”

Bragais has also served as an advisory board of director for the Pacific Arts Movement. Her other volunteer work includes: Junior Achievement, I Love a Clean San Diego and Community Housing Works. At U.S. Bank, she currently serves as the board vice-president for the Asian American Heritage Business Resource Group and had served as the chapter president of the Employee Development Network.

Bragias is a 2005 graduate of the University of San Diego where she earned a bachelor of arts in Business Administration with a minor in International Relations. She has also studied essentials of trust and estate planning at Cannon Financial Institute. The Miramar College Foundation, a California nonprofit public benefit corporation, was officially created on August 21, 1994 and is committed to supporting the diverse population of Miramar College students by raising scholarship funds.