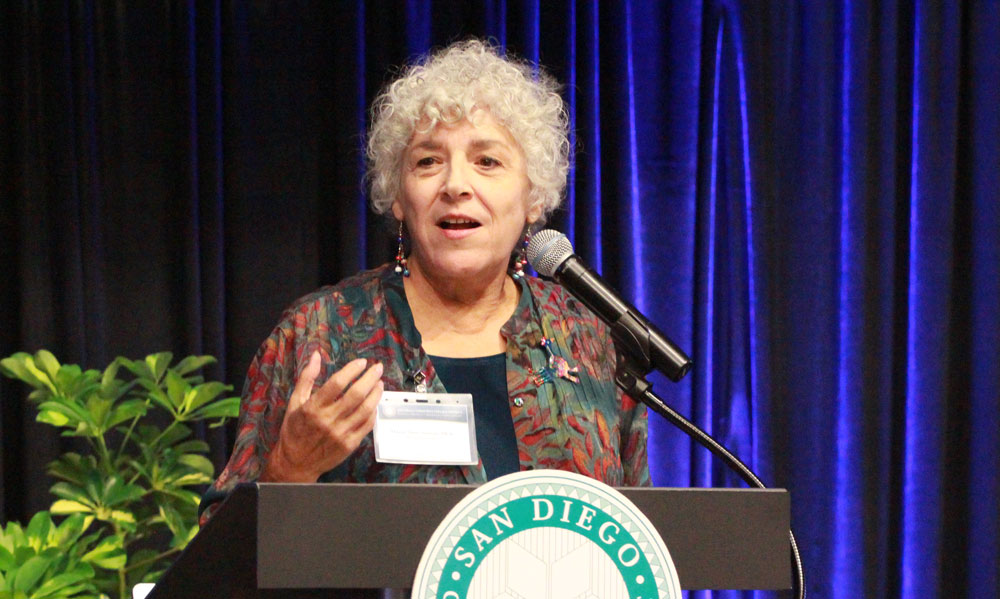 At its December 14 organizational meeting, Maria Nieto Senour was re-elected as president of the San Diego Community College District Board of Trustees. First elected to the SDCCD board in 1990, Trustee Senour has served as president since 2015.

Trustee Senour thanked the board for its confidence in her leadership, reflected on the past few years, and outlined plans for the future. “I’m honored to continue serving as president of a board that is deeply committed to its students and employees,” said Senour. “Twenty-eighteen will be another important year for our district as we work collaboratively to enhance student success.”

District Chancellor Constance Carroll praised Trustee Senour and other board members for their service. “We have an extraordinary board that values education and puts students first,” said Chancellor Carroll. "Dr. Senour’s background in higher education, her involvement in the community, and her deep commitment to social justice have served all of us well and will continue to do so under her leadership as board president.”

In addition to Trustee Senour’s election, Bernie Rhinerson was elected as executive vice president of the board and Chancellor Carroll was appointed as secretary. Board members Mary Graham, Rich Grosch, and Peter Zschiesche were named as vice presidents for specific functions.

The SDCCD is governed by a five-member, locally-elected Board of Trustees. Three students also serve a one-year term filling a student trustee position on a rotating basis. Collectively, the five elected board members have served for 62 years.

Current board members have played a critical role in supporting effective management of voter-approved Proposition S, a $685 million bond passed in 2002, and Proposition N, an $870 million bond passed in 2006, for a total of $1.555 billion. The measures have provided for the completion of some 44 new buildings to date, including equipment, along with several major infrastructure projects. The new construction includes state-of-the-art instructional and career-training facilities and major renovations that have transformed San Diego City, Mesa, and Miramar colleges, and Continuing Education campuses.

Other highlights during their tenure on the SDCCD Board of Trustees include closer collaboration and joint board meetings with the San Diego Unified School District Board of Education, increased student success, continuing enrollment growth, the hiring of more full-time faculty, and the launch of the San Diego Promise – which provides free tuition and book grants to participating students.