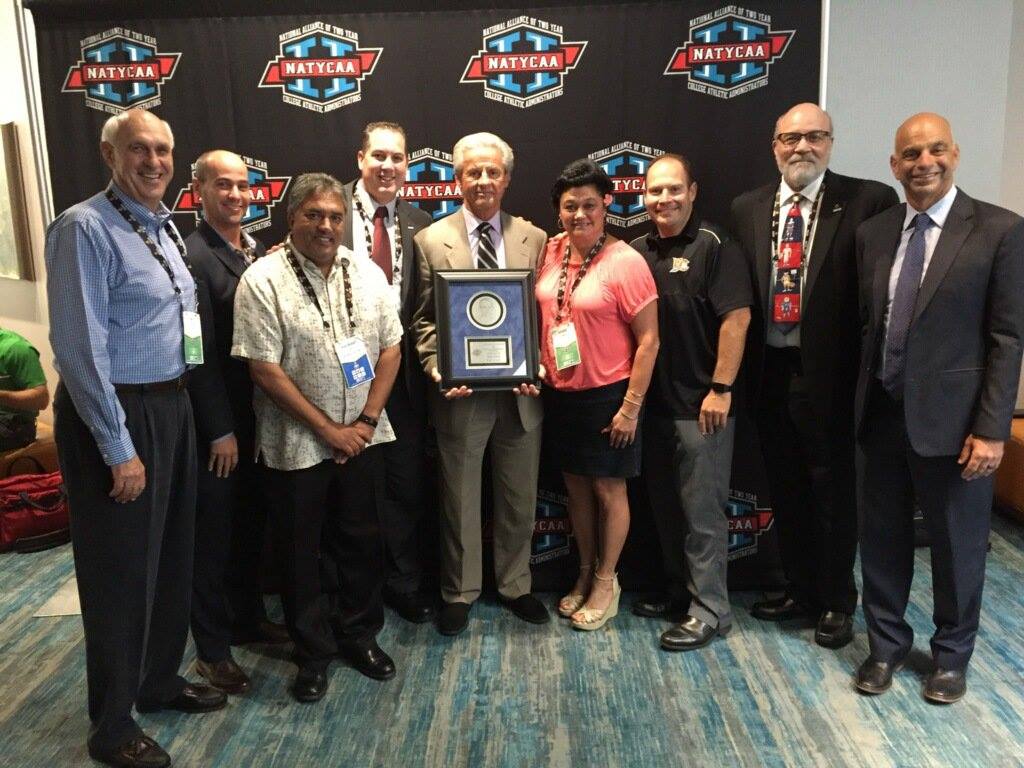 The award is given annually to recognize athletics administration excellence on the two year level. The award was presented June 12 in Orlando, Florida at the National Convention. Evans was recognized for his work in establishing stronger working relationships between the California Community College Athletic Association, Athletic Director Association and the National Athletic Administration Organization. Because of Evan’s work, the interests of California Community College student/athletes have a national voice on both academic and athletic issues.

From 1997 to 2016, Evans served as Dean of the School of Physical Education, Health, Dance, and Athletics as well as Athletic Director at San Diego Mesa College, the second largest community college in California, with 21 intercollegiate sports (11 Women's and 10 Men's). He served as the President of the California Community College Athletic Director's Association in 2004-05, and 2008-09, served two years as the Chair of the Competition Committee for the California Community College Athletic Association, and served seven years on the Management Council for the CCCAA.

Dave was elected Athletic Director of the Year in 2007 by CCCAA and was recognized during NACDA's 43rd annual Convention at the James J. Corbett Awards Luncheon in Dallas, Texas as the 2007-08 Astro Turf Athletics Director of the Year "Community College West" Region Winner.

A native of Kansas City, MO, Evans attended Oak Park High School and played tight end in the first state playoff in Missouri history. Next, he attended Missouri Southern State College, where he played football and baseball. He played tight end, split-end, and outside linebacker on an undefeated NCAA National Championship team. He was elected into the Missouri State College Hall of Fame as a player in 1994.