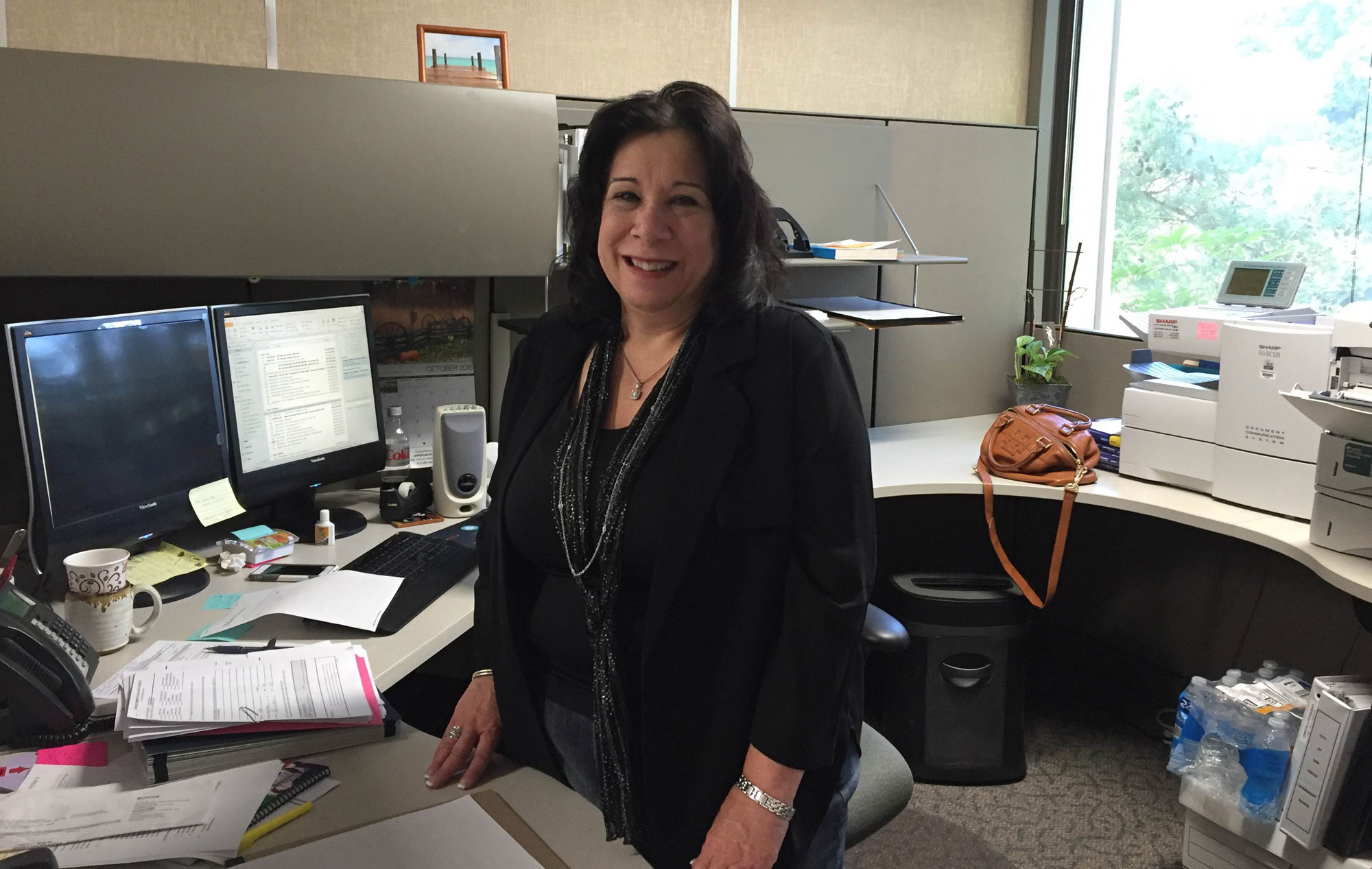 Nancy Johnson wanted to work in an office. Her father wanted her to go to college. So Johnson attended Mesa College for a semester before launching her career as a secretary and administrative assistant with the San Diego Community College District - a career that comes to a close after nearly 42 years on Oct. 29.

“I love it here,” said Johnson. “Everybody from my co-workers to the management, the college presidents and the vice chancellors to Constance Carroll are just wonderful people. I couldn’t have picked a better place to work.”

Johnson was born and raised in San Diego, attending Henry Clay Elementary, Horace Mann Middle, and Will C. Crawford High schools. It was at Crawford where she became attracted to the idea of working in an office, enrolling in courses such as typing, shorthand, business math, and business English. “It’s just something that appealed to me,” said Johnson, who did some secretarial work for a few of her high school teachers before she graduated from Crawford.

To appease her father, Johnson attended Mesa College, where she enrolled in a few office skills classes. But that ended when the district hired her as a file clerk in the Payroll Department. It wasn’t long before Johnson was promoted to the rank of Secretary I, and her assignments over the years ranged from working in Human Resources, the Educational Cultural Complex, grants & contracts, and the Mesa College Dean of Students office.

For more than a quarter century, Johnson served as secretary for the Vice Chancellor of Facilities, and for the past four years she has been the Administrative Assistant to Bonnie Ann Dowd, Executive Vice Chancellor for Business and Technology Services. Her duties as an administrative assistant run the gamut from organizing travel itineraries and scheduling meetings to crafting correspondences and sending out emails.

“Nancy has made an impact on all of the areas she has worked at in the District and I have been blessed to work with her this past four years,” said Executive Vice Chancellor Dowd.  “She is a team player and a dependable employee with a strong work ethic.  I will miss her sunny disposition, her infectious laugh and wish her all the best as she begins this next chapter of her life.”

Kelly Rosas, who works for the district in Purchasing & Contract Services, is among Johnson’s biggest fans. “Nancy is a wonderful person, is nice as can be, and is incredibly efficient,” said Rosas, whose mother and Johnson grew up together and are best friends. “If you ask Nancy to do something, you know it’s going to get done. Her leaving is going to be a huge loss for the district.”

Johnson is leaving with an abundance of cherished memories.

“I grew up here,” Johnson said. “This is where I’ve met all of my best friends. I got married, raised my children, all the important milestones of my life happened while I was working here.”

Her plans for retirement include catching up with friends who retired before she did, “traveling with the best husband in the world for the past 34 years,” and seeing more than a few Padres games (Johnson, though, has been a Braves fan ever since San Diego sent slugger Fred McGriff to Atlanta in 1993 for what amounted to a six-pack of beer and a bag of peanuts).

“I’m going to enjoy myself, enjoy my family and do a little traveling,” Johnson said. “I’ve never been to Europe, so I’m hoping by next May to go to Italy.”

The district will honor Johnson with a retirement reception from 2 to 5 p.m. on Oct. 29 in the Conference Room at the District Office, 3375 Camino del Rio South, in San Diego. Refreshments will be served throughout the afternoon, and a cake-cutting ceremony is scheduled for 3:30 p.m.