Some of the department members who wore pink.

Update, 11/22/17: The San Diego Community College District Police Department was honored to be joined with numerous California law enforcement and emergency service agencies in presenting City of Hope a check in the amount of $ 325,000. Thank you so much to everyone who supported the cause and purchased patches or made donations. We can’t wait to do it again next year! 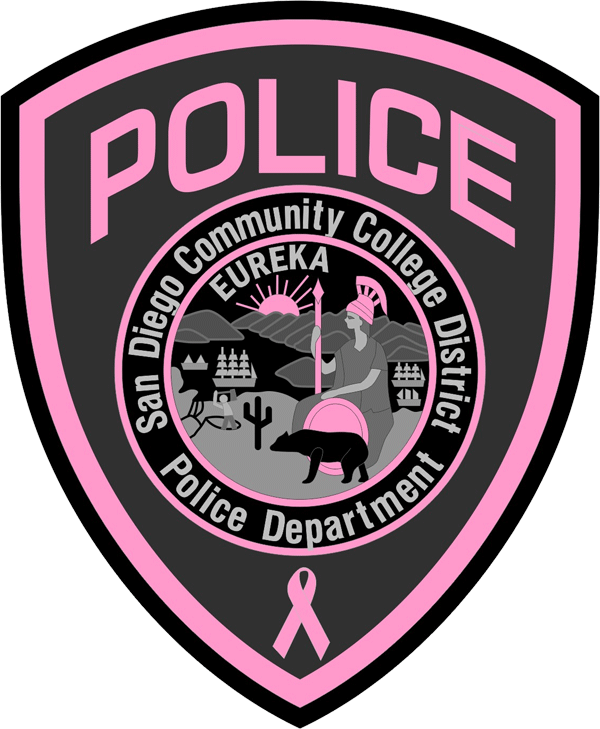 This is the second year department members sold pink patches to raise money for the City of Hope. These bright pink patches have been specially designed by each participating agency specifically for the Pink Patch Project campaign. Officers at each of the participating agencies can wear these pink patches on their regular uniforms for the entire month of October each year during Breast Cancer Awareness Month.

The department was able to collect $3,010 during the 2017 fundraiser and will present a check to the City of Hope on November 21.