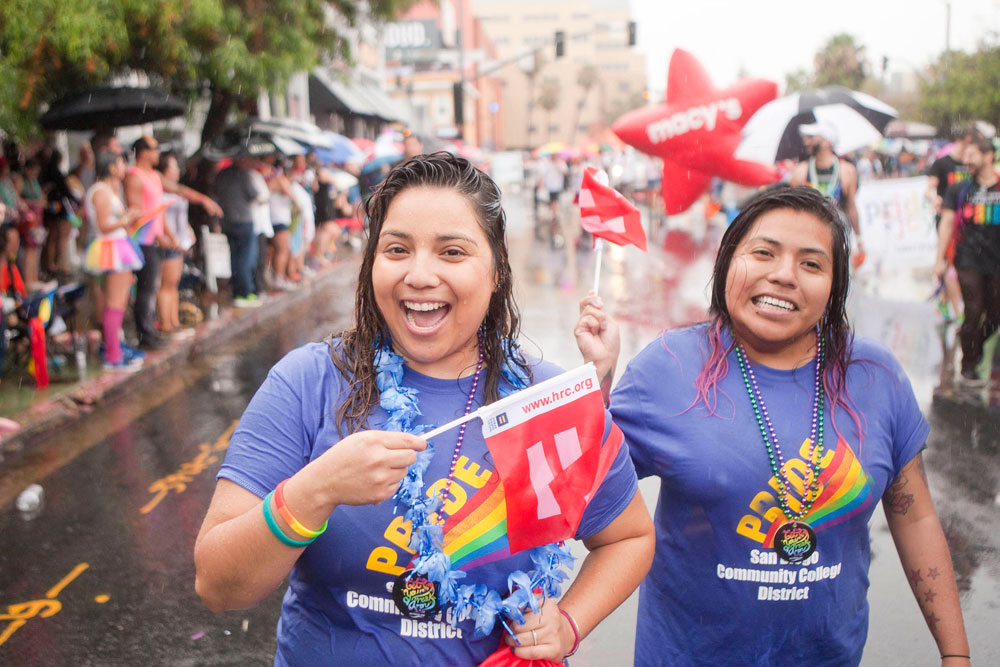 Students, faculty, and staff from the San Diego Community College District will march under the district banner at the July 16 on Pride Parade, one of the largest in the country with up to 300,000 spectators expected.

This year’s parade theme is "Liberty and Justice for All," and it comes on the heels of the June 12 massacre at the Pulse nightclub in Orlando where 49 lives were lost in an act of hate and terror.

The SDCCD has had a presence in the annual parade since it began more than 40 years ago, but this is the third year the district has marched together as a contingent. Members of the district’s Board of Trustees will take part in the celebration, and representatives from every college – City, Mesa, and Miramar, along with Continuing Education – will be there, too.

The parade is set to start at 11 a.m. It follows a 1.1-mile-route beginning at the Hillcrest Pride Flag at University Avenue and Normal Street, continues west on University Avenue, turns south on Sixth Avenue and left onto Balboa Drive in Balboa Park before continuing to Laurel Street/El Prado.

Free T-shirts will be provided to the first 100 SDCCD participants. Parking is available at the City College parking structure. Free shuttle service will run between the Old Naval Hospital on President’s Way to the start of the parade route.

San Diego’s Pride Parade has grown from when 400 or so people marched and rallied in Balboa Park to celebrate the LGBT community in June of 1974. It follows LGBT Pride Month, celebrated each June to commemorate the Stonewall riots in New York, which occurred at the end of June, 1969.

For more information about the Pride Parade, visit sdpride.org/parade. 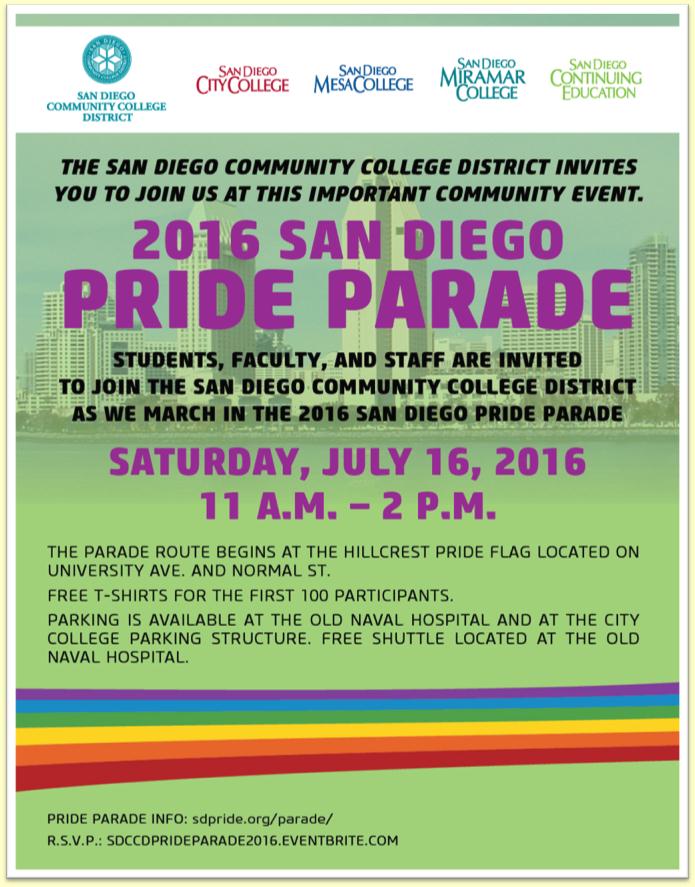