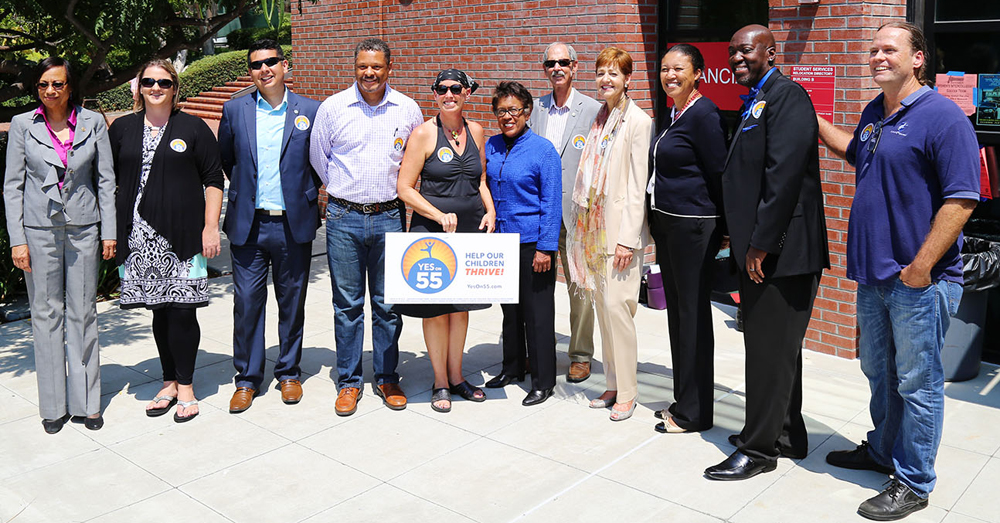 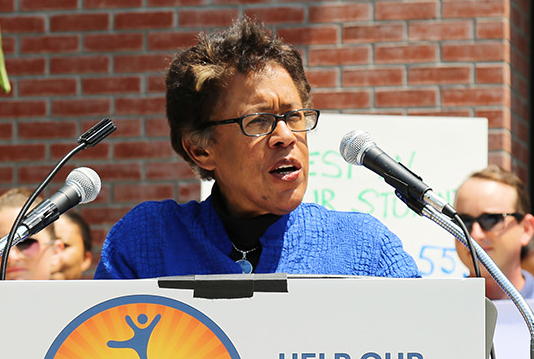 Proposition 55, the California Children’s Education and Health Care Protection Act of 2016, maintains the current income tax rates on the wealthiest Californians in order to protect public education and other vital services, such as children’s health care, from cuts. The proposition is on California’s November ballot.

Budget forecasts show that an extension of current income taxes would bring in an average of $8 billion in annual revenues. Otherwise California’s public schools and colleges will lose nearly $4 billion and the state budget will face a deficit of more than $4 billion in the first full year alone.

During the recession, the SDCCD was greatly affected. The district lost $33 million in state funding, almost 10 percent of its actual operating budget. Faculty and staff numbers were reduced through attrition, leaving almost 400 much-needed positions vacant and thousands of classes were cut, and turning away more than 20,000 students.

Since the district is the single largest workforce trainer in San Diego County, these cuts directly affected the region’s economy by not training the workforce in the numbers necessary for our community.

“It is important for our community to know the positive impact that Proposition 30 has had on community college budgets and the potential impact of its successor, Proposition 55,” said Chancellor Carroll.

The funding restored in recent years, which would be continued with the passage of Proposition 55, has allowed the district to:
- Restore thousands of class sections for students,
- Reinstitute the summer sessions and an intersession (beginning in January 2017),
- Welcome tens of thousands of students back,
- Start new programs for students, including a bachelor’s degree program,
- Hire over 140 full-time faculty positions, and
- Put in place new workforce training initiatives.

Proposition 55 is not a tax increase. It simply maintains the current income tax rates on the wealthiest Californians for 12 more years – singles earning more than $250,000 and couples earning more than $500,000 a year. Prop. 55 directs funds specifically to K-12 public education and community colleges, while also allocating funds to health care for low-income children and their families. The proposition contains strict accountability requirements.