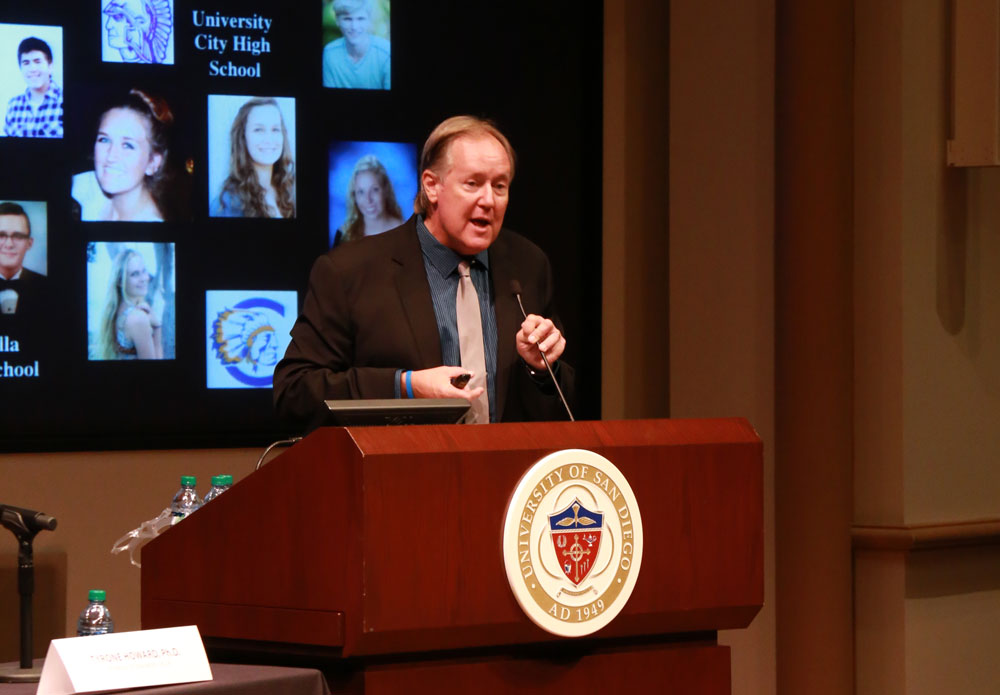 How can we, the American people, rebuild civility and our sense of common community in the wake of the most divisive election in recent history? That is the question the Institute for Civil Civic Engagement’s is working to address at the sixth annual Conference on Restoring Civility to Civic Dialogue set for April 18 and 19 at the University of San Diego’s Kroc Institute of Peace and Justice.

Mixing panel discussions with workshops on conducting effective civil dialogues and civic engagement, the conference targets community, private sector and government leaders, secondary and post-secondary students, faculty, staff and administrators and all San Diegans interested in discussing and learning strategies to reunite a politically polarized America. The conference is free and open to the public.

Edwards, who also served as U.S. Secretary of Agriculture under former President Bill Clinton, is the national chairman of the American Conservative Union and the Director of the Aspen Institute-Rodel Fellowships in Public Leadership. Glickman is the Vice President and Executive Director of the Aspen Institute Congressional Program. The Aspen Institute is a nonpartisan forum promoting the exchange of ideas that has earned a reputation for gathering a diverse menu of leaders, scholars, and members of the public to address some of the world’s most complex problems.

"Our country is at a critical crossroads," said Mesa College Professor of Political Science and USD visiting Professor Carl Luna, who was instrumental in driving Restoring Respect forward and who serves as Director at the Institute for Civil Civic Engagement. "We either continue down the path of anger and polarization we’ve been marching down for a generation and see continued political dysfunction, public anger and the real dangers of political conflict unraveling our Republic or we engage in a sustained, albeit difficult national conversation about how we can work together as Americans first, political partisans second. We have to restore the “We” to “We the people.” Our annual conference adds the voices of the San Diego community to that discussion.”

The conference gets under way April 18 at 9 a.m. with welcome remarks from Noelle Norton, Dean of the USD’s College of Arts and Sciences. Tuesday morning and afternoon will include panels on civility and the media, building civic engagement from the local to the global, approaches to civic engagement and multiple hands-on interactive workshops on different strategies for creating effective civic dialogue.

Registration begins at 8 a.m. both April 18 and April 19. The Kroc Institute for Peace and Justice is at 5998 Alcalá Park on the University of San Diego campus.