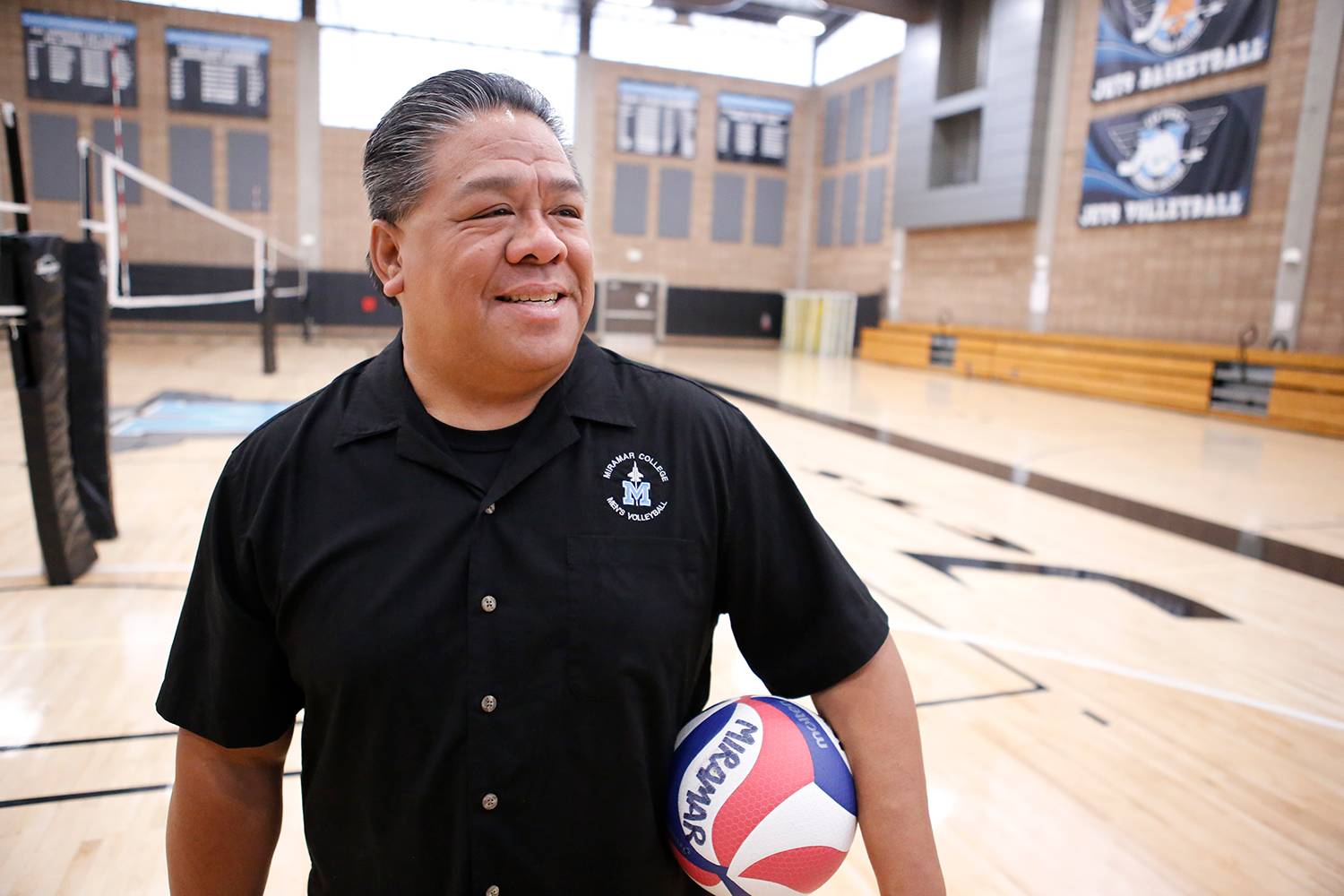 Now, Landicho is eyeing a run at a state championship.

“I don’t think getting to the state tournament is good enough for this group,” said Landicho. “We’re going to be pretty darn good.”

Landicho is among the San Diego Community College District’s people to watch in 2019, and nobody in the greater San Diego volleyball community is surprised. Landicho, after all, is a legend. In his 25 seasons as an assistant coach and head coach at Francis Parker School, he helped the Lancer boys’ and girls’ volleyball teams secure 53 championships, including 17 San Diego CIF championships, seven Southern California regional titles, and girls CIF state championships in 1998, 2004, 2005, 2012, and 2013. He also spent five years as head coach of the men’s volleyball program at San Diego Mesa College, where his last team (2013) was Mesa’s first PCAC playoff-contending squad in nearly a decade. As an assistant in the women’s program at Mesa, he helped the Lady Olympians to a PCAC championship in 2011. Other highlights include serving as a technical advisor to the 1996 USA Men's Olympic Team.

Not bad for a guy who didn’t play volleyball until well into his 20s. “I remember touching a volleyball twice in my four years in high school,” Landicho said. “It just wasn’t a sanctioned sport.”

But coaching was always in his blood. After Landicho graduated from Marian Catholic High School, he was hired as the boys’ wrestling coach and junior varsity football coach. When he enrolled at Mesa College as a returning student in 1988, he took a beginners’ volleyball class taught by Ann Heck, a member of the 1968 United States Women’s Volleyball team at the Summer Olympics in Mexico City. She saw affinity Landicho had for the sport and offered him a gig as a student coach in the class.

His interest in volleyball grew – “there was a strong, vibrant volleyball community at Mesa that cultivated a love of the sport” –  and Landicho would later be hired as an assistant and head coach of both the boys’ and girls’ volleyball teams at Francis Parker.

Landicho, 55, was hired at Miramar in 2014. The San Diego Community College District’s board of trustees approved the formation of a men’s volleyball program that fall. Three months later, Landicho was fielding a team.

“We got a group of 15 together as best we could in three months and went to work.”

Not surprisingly, it won just one match in its inaugural year. He turned the team’s fortunes around quickly. The Jets’ consecutive PCAC championships helped Landicho secure back-to-back coach of the year awards.

“We have a culture we’ve established here where we are a family,” said Landicho, who has a bachelor’s degree in physical education from USIU and a master’s degree from Concordia University in coaching and athletic administration. “We are very tight. We don’t take knuckleheads, regardless how much talent they might have. We ask that you become a great teammate, that you show respect to people, that you go to class, that you show up for weight training every morning. We try to run our program as best we can like an NCAA Division I program.”

Indeed, nine of his players in the past three years alone have graduated to playing volleyball at a four-year university program. He expects five members from this year’s team to add to that number.