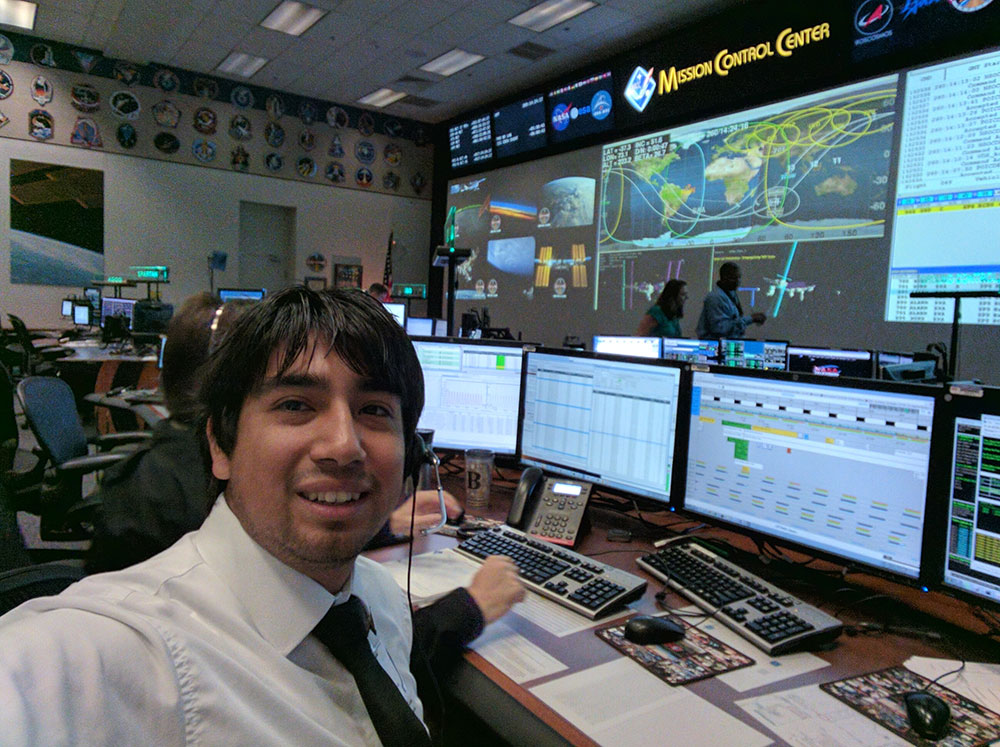 Sergio Sandoval at his desk at NASA.

City College Alumnus heading for the stars with NASA job

Born in San Diego and raised in Tijuana, Sergio Sandoval barely spoke English and knew nothing about the American education system when he enrolled at San Diego City College in the fall of 2011. No matter. Thanks to the overwhelming support he was showered with at the downtown San Diego campus, Sandoval was able to transfer to and graduate from the Georgia Institute of Technology. Now he’s working at NASA’s Johnson Space Center in Houston while going to graduate school. 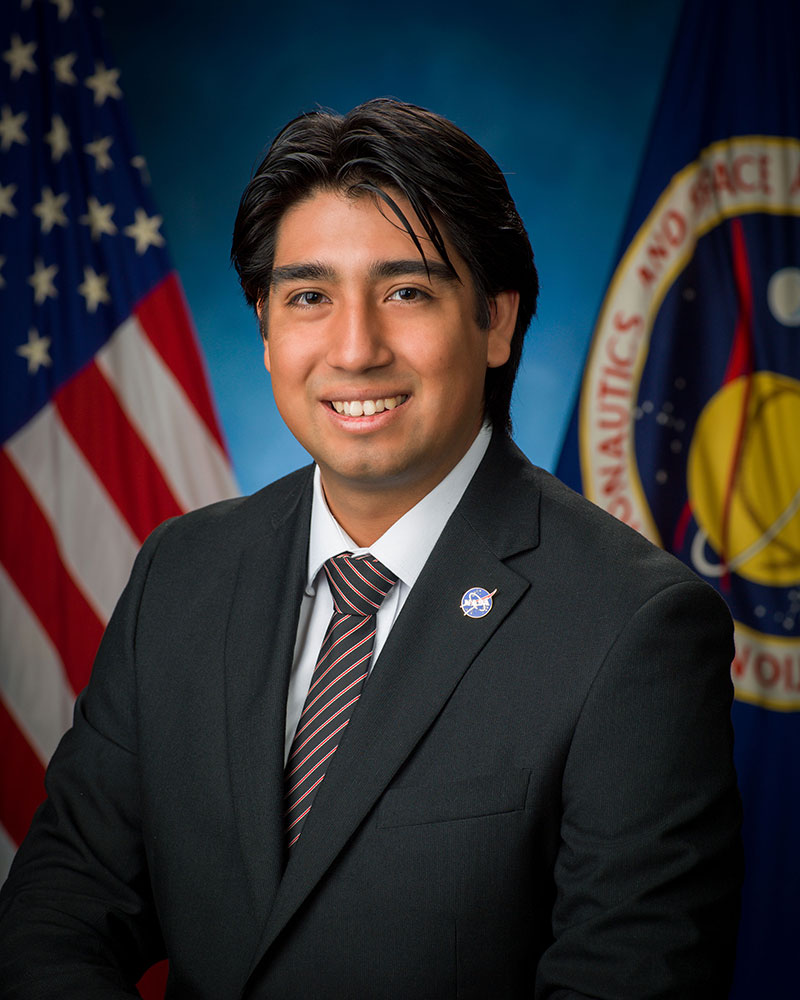 “San Diego City College changed my life,” Sandoval said. “It showed me that anything was possible, that I was capable of doing great things.”

Indeed, City College has been helping thousands of students go on to do great things since its founding more than a century ago, sending graduates to some of the top universities in the country and housing a number of innovative career education programs ranging from cosmetology and special effects makeup to photography and graphic design that are second to none.

“Sergio embodies what City College offers,” said Rafael Alvarez, a City College professor who heads the Math, Engineering, Mathematics Excellence (MESA) program at the downtown campus and who served as a mentor to Sandoval.

Sandoval never planned on a career in the sciences. His father owned a small printing shop in Tijuana, and Sandoval figured he’d go into the family business.

“They said I should do something I loved. They kept telling me I was really good in math and science, so I should try engineering. I didn’t know anything about the subject, but I looked into it and it looked interesting. I loved the complexity it involves. I was convinced to find something I was passionate about, and engineering was it.”

Upon graduating from high school, Sandoval quickly set his sights on City College across the border. “I didn’t know what a community college was. A cousin told me about City College, so I went there to check it out. The location, the campus itself, it was just so beautiful. And the access from the trolley, the fact it was downtown, it was perfect.”

He faced more than his share of challenges along the way. Still living in Tijuana, Sandoval’s daily commute meant passing through Customs at the San Ysidro pedestrian border crossing, walking to a transit center and boarding a trolley for a 45-minute ride to City College. The trek took up to three hours or more each day.

“Every single day you ask yourself the same question: ‘Why am I doing this?’ It’s 4 in the morning and all you want to do is sleep, but instead you’re walking across the border and getting on a trolley, and there are no guarantees anything would ever come from this. But you have to keep telling yourself that it’s worth it and keep reminding yourself that in the end it’s going to be OK.”

It was worth it. Especially when he joined the college’s MESA program, an acronym for Math, Engineering, Science Achievement.

“It’s a family where success and meeting your goals is the most important thing,” Sandoval said. Everybody is so focused. Nobody is afraid to work.”

He also earned a Price scholarship, a competitive grant program that offers cash awards of up to $10,000 in return for up to 300 hours of volunteer work in the community each year. Sandoval served as a volunteer tutor and mentor with the Barrio Logan College Institute, whose mission is to break the cycle of poverty by preparing underserved students to be the first in their families to go college with the help of after school programs that begin in the third grade.

“The Price Scholarship Program really underscores how big of an impact San Diego City College has on the community.”

Sandoval transferred to Georgia Tech in 2013 as a recipient of the university’s Provost Scholarship program, which awards an out-of-state tuition waiver for eight semesters. He also found a job on campus. Gone were the early morning, three-hour commutes. At Georgia Tech, one of the nation’s leading research universities, Sandoval joined the school’s aerospace engineering honor society. His academic achievements were recognized with a collection of annual awards.

In the fall, he begins his master’s program at San Diego State University. But not before he lands at NASA’s Johnson Space Center in Houston this spring and summer working on algorithms involved with the guidance controls and landing mechanisms of the Orion spacecraft.

“I never imagined I could ever work with NASA. I never thought I could be part of this family.”

It won’t be his first time working with NASA. He was an intern assigned to the Jet Propulsion Laboratory in Pasadena and has worked at the Johnson Space Center in 2016 and 2017 through the NASA Cooperative Education Program – in which students alternate semesters at school with semesters at NASA centers – while attending Georgia Tech.

His ultimate goal? “I would love to become president of San Diego City College,” Sandoval said. “That would be a dream. It would allow me to pay back the school for all it’s done for me.”