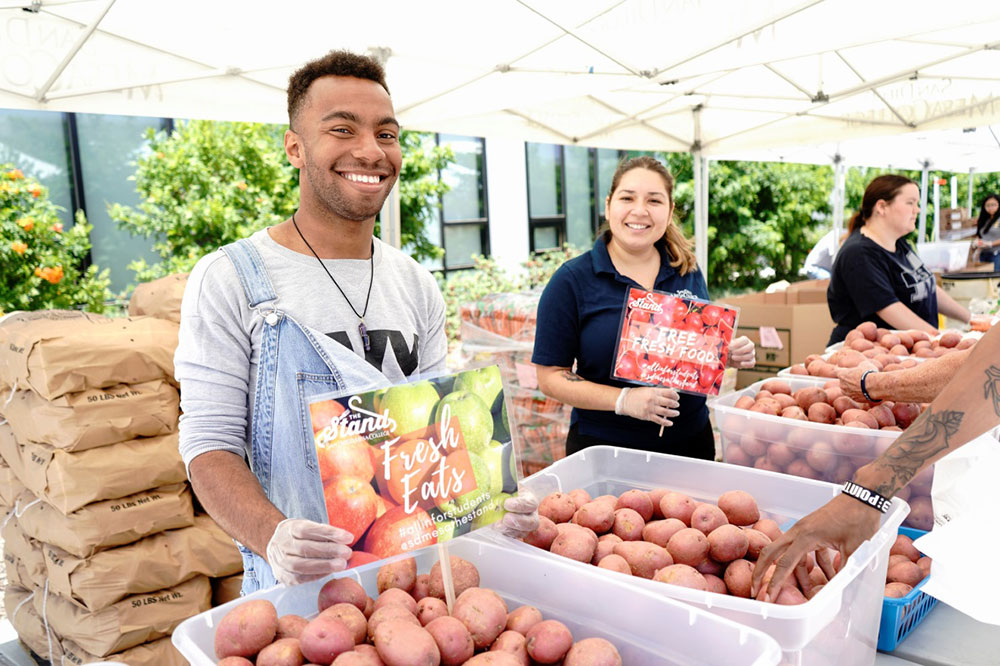 An increasing number of San Diego’s community college students face food insecurity and many also face homelessness, according to a recent study conducted by the University of Wisconsin’s HOPE Lab of more than 700 students in the San Diego Community College District.

In 2017, the HOPE Lab surveyed 43,000 students from 66 institutions across the nation, almost half of which were community colleges. The national study found that food and housing insecurities were worse for community college students compared to university students. This is the third Hope Lab survey and the second the SDCCD has participated in. The results for the district show an increase in the percentage of students reporting challenges with having adequate food and shelter. Other surveys were conducted in 2016 and 2015.

Students were classified as having low food security if they answered affirmatively to several statements, including whether – within the past 30 days – they couldn’t eat for a whole day because they did not have money for food, whether they couldn’t afford to eat balanced meals, and whether they had to cut the size of a meal or skip eating because they didn’t have enough money to feed themselves. Black and Hispanic students registered the highest levels of food insecurity in the district, with the exception of Miramar College, where Hispanic and Asian students registered the highest levels of food insecurity.

The scope of the problem is staggering when you consider that the district annually serves approximately 100,000 students.

“Students at San Diego City, Mesa, and Miramar colleges and San Diego Continuing Education are representative of the community at large, which is facing serious challenges with food and housing because of the high cost of living in the region,” said Vice Chancellor of Student Services Lynn Neault. “Like so many others in the area, the San Diego Community College District is doing what it can to address these challenges while at the same time looking at innovative solutions.”

In response to the current situation, the district’s colleges and Continuing Education are hosting food and clothing pantries, sponsoring farmers markets where students receive fresh produce at no cost, and working with community partners to address students’ basic needs.