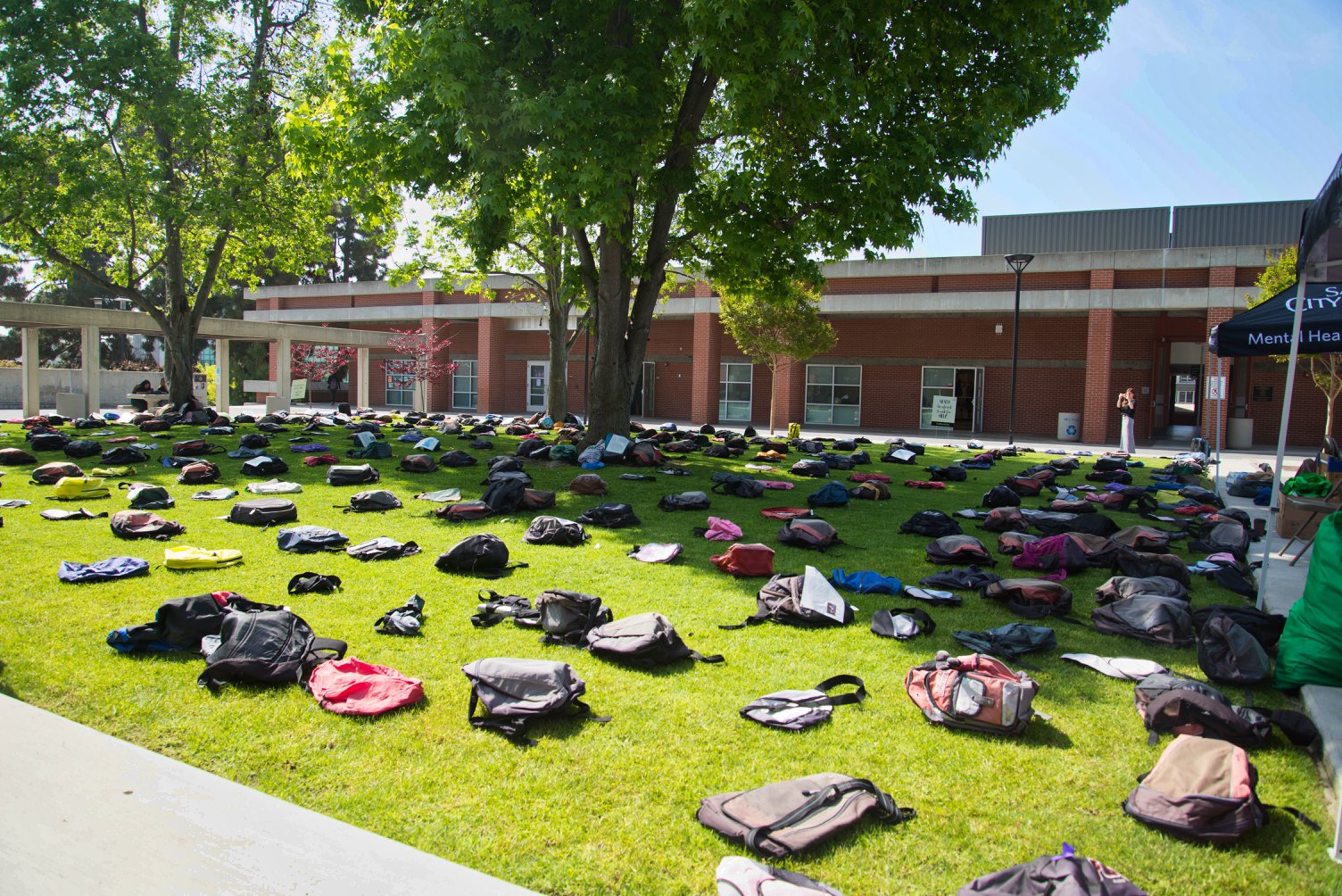 On May 10, 2018 the exhibit, Send Silence Packing, was held at San Diego City College. More than 1,000 backpacks were on display to encourage students who are thinking about suicide, or know someone considering it, to reach out and seek help.

San Diego City, Mesa, and Miramar colleges will embark on a life-saving mission during Suicide Prevention Week September 9-15 with workshops, trainings, and more aimed at raising awareness about one of the nation’s leading causes of death.

The San Diego Mesa College chapter of Active Minds, which is among the nation’s premier nonprofits supporting mental health awareness and education for students, will host a Kindness Rocks education booth with peer-to-peer conversations about suicide prevention and students painting rocks with messages of kindness. Free pizza while supplies last.

Kognito At-Risk for University and College Students is an online, interactive training program that helps students learn about suicide prevention and approach others who are exhibiting signs of psychological distress.

A suicide prevention presentation by registered nurse Lori Senini, QPR is an acronym for Question, Persuade, Refer. QPR is a suicide prevention learning opportunity where students, faculty, and staff can learn to talk with someone who we are concerned about by asking brief questions, persuading them to obtain care and referring them to an appropriate mental health professional. Training allows individuals to recognize warning signs of people in distress and act to prevent a tragedy.

Tracy Fried MSW will dialogue with former foster youth students about how to improve their strategies for self-care and mentor others to do the same. Students will learn about the signs and symptoms of depression, how to approach a fellow student in distress and lead them into care. Free pizza will be provided while supplies last.

“The Truth About Suicide”

Miramar College also will screen the short film “The Truth About Suicide: Real Stories of Depression in College,” which provides a clear and well-presented suicide prevention message without stigmatizing or glamorizing those who have attempted suicide or have taken their own life. The film will be followed by a discussion.

Approximately 45,000 Americans take their own lives each year, making it the 10th leading cause of death in the country, according to figures compiled by the American Association of Suicidology. California led the nation in 2016 with 4,294 suicides, but its per capita rate was among the lowest in the country.