San Diego Mesa College alumnus Dr. George Dionisopoulos has been unanimously chosen as the 2019 Distinguished Alumnus, and will speak at the 2019 Mesa College Commencement Ceremony to be held at 3 p.m. at University of San Diego's Jenny Craig Pavilion on Saturday, May 18. 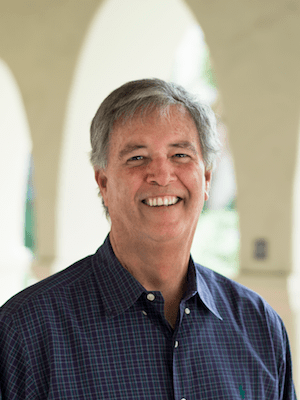 “Dr. George Dionisopoulos started his journey at Mesa College, and now has taught thousands of our transfer students at San Diego Status University,” stated Mesa College President Dr. Pamela T. Luster. “He has been a mentor for many of our communications faculty, and continues to have a positive impact on Mesa College Olympians.”

Dr. Dionisopoulos is a Professor Emeritus in the School of Communication at San Diego State University.  He attended Mesa college from 1969 – 1971, and earned his B.A. and M.A. degrees from SDSU. In 1984, he was awarded his Ph. D. in Communication from Purdue University.

After a year at Rutgers University, he joined the faculty in the School of Communication at San Diego State where he taught for 34 years.  He is an award-winning scholar who has published over forty books, journal articles and book chapters. His primary areas of research concern political issues of the 1960s and the cultural legacy of American involvement in Vietnam.