The central role played by African Americans and the contributions of Black culture over the centuries will be celebrated with an array of Black History Month events at San Diego City, Mesa, and Miramar colleges and San Diego Continuing Education throughout February.

All events are free and open to the public. Among them:

Throughout February, during library hours
Book Display
The City College Library will feature a book display on the 150th anniversary of the 15th Amendment, which gave African Americans the right to vote.
San Diego City College Library, 1313 Park Blvd., 92101.

Through February 27 during library hours
Reflections on the Art of Africa: Femininity, Power, and Materiality
Three mini-exhibitions focusing on dolls and fertility; art and power in the Congo; and the castings of metal.
San Diego Mesa College, Learning Resource Center, first floor, 7250 Mesa College Drive, 92111. 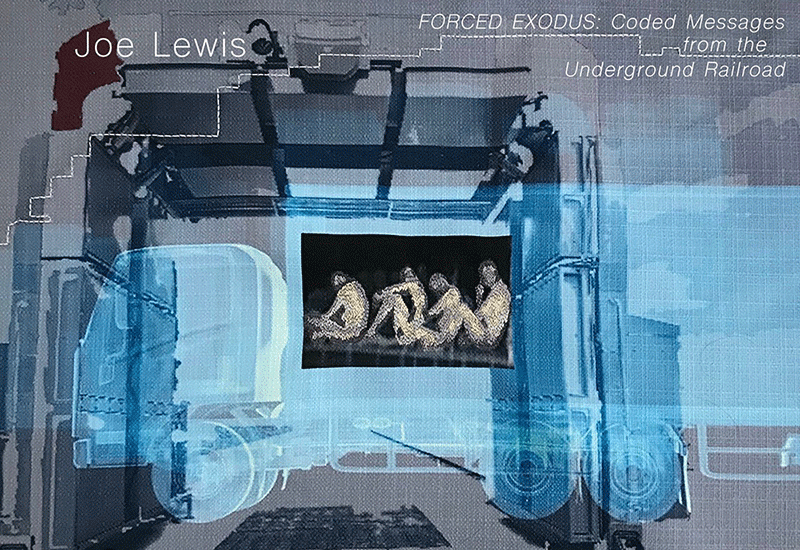 Through February 27, from 11 a.m. to 4 p.m. Mondays-Wednesdays; 11 a.m. to 7 p.m. Thursdays
Forced Exodus: Coded Messages from the Underground Railroad
Artist Joe Lewis uses printed and embroidered textile works that weave details of the storied routes of the Underground Railroad and juxtapose them with vignettes from the violence and hardships faced by undocumented immigrants on their journeys today.
San Diego Mesa College, Fine Arts Gallery, FA-103, 7250 Mesa College Drive, 92111.

5 to 8 p.m.
Black Film Fridays: When They See Us
Umoja, in collaboration with the World Cultural Program and Counseling presents the first of three Black Film Fridays featuring a discussion about and the screening of the new Netflix mini-series about five teens from Harlem who become trapped in a nightmare of injustice when they’re falsely accused of a brutal attack in New York’s Central Park. Based on a true story.
San Diego City College, AH-306, 1313 Park Blvd., 92101.

10 a.m.
Continuing Education's ASB Celebrates Black History Month showcasing fashions from across the globe. Event will be held in the lobby of the Mid-City campus, 3792 Fairmount Ave., 92105.

6 to 9 p.m.
Film Screening: The Pieces I Am
This event includes a reflection on the life of Pulitzer Prize- and Nobel Prize-winning author Toni Morrison, along with a screening of a documentary on her life and legacy.
San Diego Mesa College, Mesa Commons-211, 7250 Mesa College Drive, 92111.

11 a.m. to 3 p.m.
SDCE Rocks the Vote: African Americans and the Vote
This performance event is a narrative about the ongoing struggle of black men and women for the right to vote since the 15th Amendment was adopted. The event begins in the ECC theatre at 11 a.m., followed by entertainment and a reception at 1 p.m., and Movement Be’s ‘Tell Your Own Story Before They Do’ at 1:30 p.m. in Room 180.
Educational Cultural Complex, 4343 Ocean View Blvd., 92113.

5 to 7 p.m.
Reception for Forced Exodus: Coded Messages from the Underground Railroad
Reception for Artist Joe Lewis and his exhibit using printed and embroidered textile works that weave details of the storied routes of the Underground Railroad and juxtaposes them with vignettes from the violence and hardships faced by undocumented immigrants on their journeys today.
San Diego Mesa College, Room MC-211, 7250 Mesa College Drive, 92111.

11 a.m. to 2 p.m.
Sepia Healing Circle
The Sepia Healing Circle is an opportunity for students to express their feelings and discuss their experiences with racism in order to debunk the myths and confront the lies of white supremacy. A structured format will encourage conversation. Refreshments will be served.
San Diego Mesa College, G-105, 7250 Mesa College Drive, 92111.

6:30 to 9 p.m.
Film: What Happened, Miss Simone?
Join us for a discussion and screening of the documentary about the life of singer, pianist, activist and “High Priestess of Soul” Nina Simone.
San Diego Mesa College, Mesa Commons-211, 7250 Mesa College Drive, 92111.

6 to 9 p.m.
Film and Discussion: Agents of Change
Agents of Change focuses on the untold story of how protests for equity and inclusion at college campuses across the country led to establishing the first Black and Ethnic Studies departments at two very different universities: San Francisco State and Cornell.
San Diego Mesa College, Mesa Commons-211, 7250 Mesa College Drive, 92111.

6 to 9 p.m.
Ask Your Mama: The Langston Hughes Project
A multimedia concert performance of Langston Hughes’ kaleidoscopic jazz poem suite, “Ask Your Mama: 12 Moods for Jazz” – an homage to the struggle for artistic and social freedom at home and abroad at the beginning of the 1960s. With Dr. Ron McCurdy, a professor at the USC Thornton School of Music and past president of the International Association for Jazz Education. Pre-registration is required via Eventbrite. Seating is limited to 300 people.
Educational Cultural Complex Historic Theater, 4343 Ocean View Blvd., 92113.