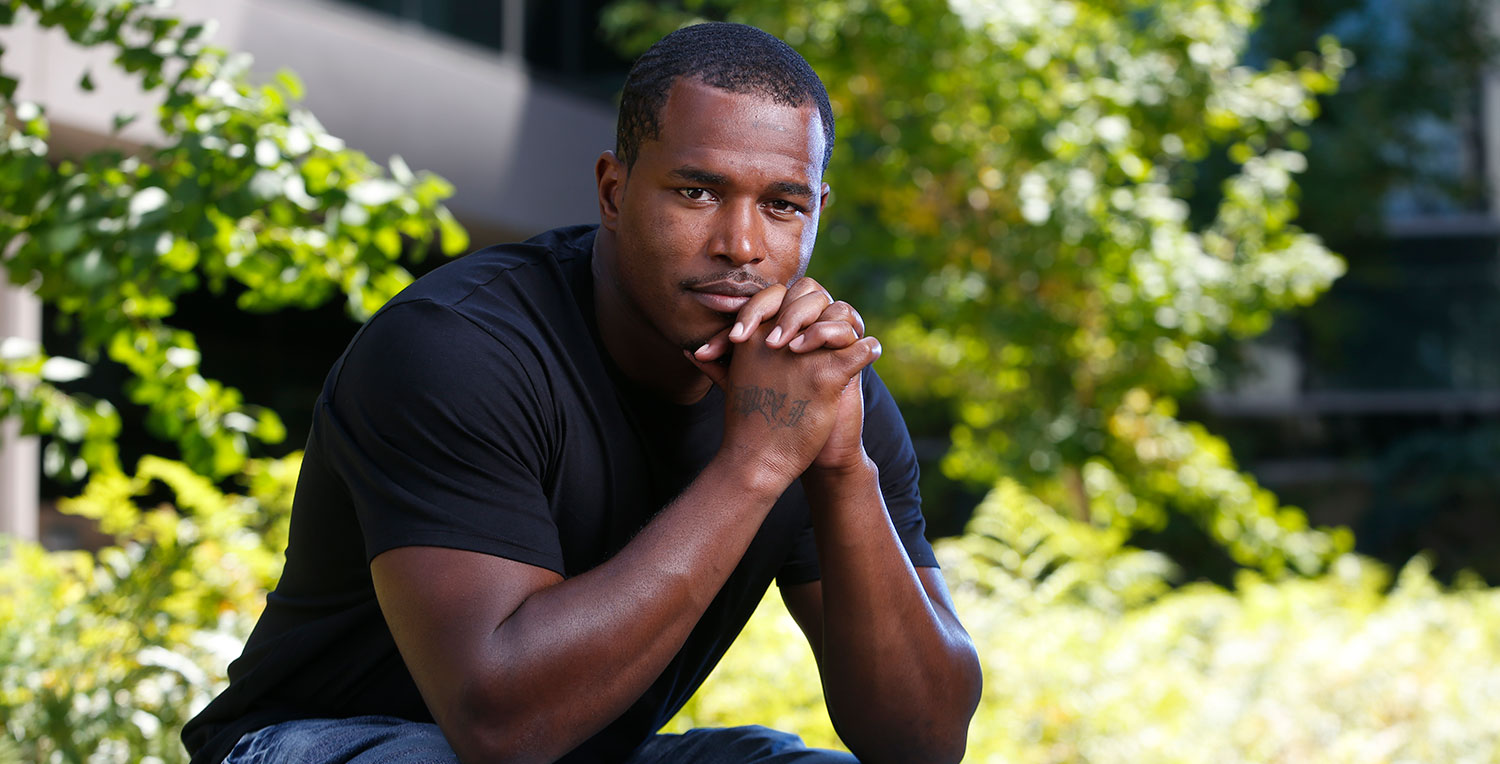 After spending more than 10 years in prison, James Phillip had barely just transferred to a transitional living facility when the President of San Diego City College’s Urban Scholars Union stopped by during an outreach event and encouraged Phillip to enroll at the downtown campus. Less than a year later, Phillip, 46, is on the Dean’s Honor List with plans to transfer next fall to San Diego State University with an associate degree in Alcohol and Other Drug Studies.

“City College is phenomenal,” said Phillip, who grew up in the southeast area of San Diego. “You are being taught by people who look like you, who sound like you, and who accept you for being you. I’ve received nothing but support here.”

It’s not just City College and its Urban Scholars Union, a group comprising some three dozen or so formerly incarcerated students, which also has a chapter at San Diego Miramar College. Formerly incarcerated and justice-impacted students throughout the San Diego Community College District credit counselors, professors, administrators, and fellow students for providing the tools and creating an environment that enable them to reach their potential. Alumni have transferred to some of the top universities in the country and are writing new chapters as hard-working professionals. 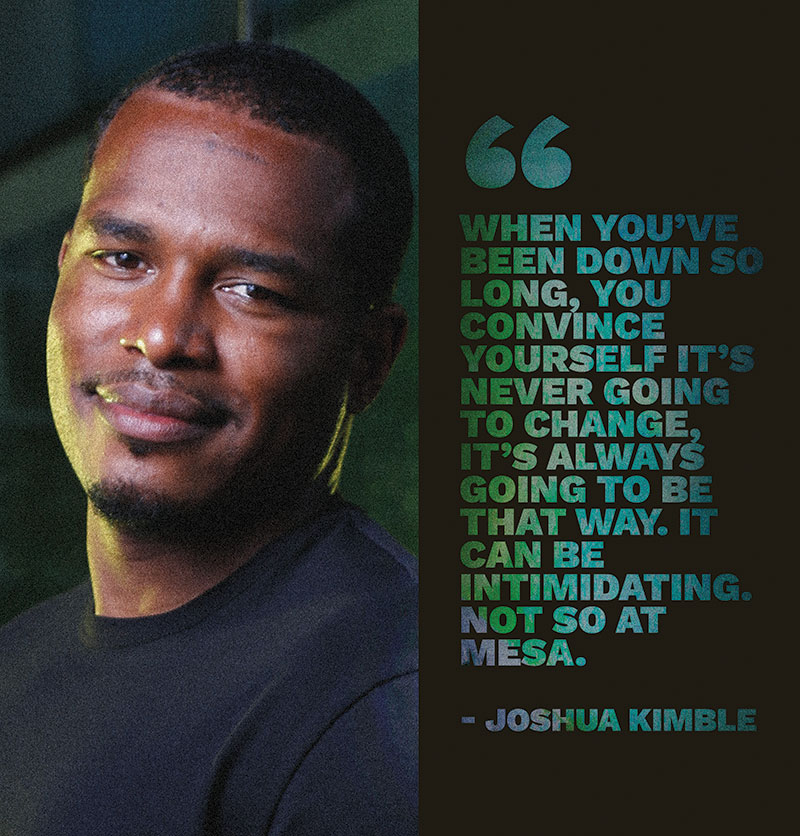 Joshua Kimble is among the successes. Kimble enrolled at San Diego Mesa College almost as soon as he was released from Centinela State Prison in Imperial County last November and moved back to San Diego after serving 11 years for armed robbery. He quickly was introduced to Project Restart for the formerly incarcerated, and hasn’t looked back since.

“Mesa has been phenomenal,” Kimble said. “Project Restart and EOPS have been very hands-on and very supportive and provide you with the structure you need. They sat me down as soon as I walked in and helped me work out my education plan so I would know what I needed to do to get to where I wanted to go. They have been with me every step of the way. When you’ve been down so long, you convince yourself it’s never going to change, it’s always going to be that way. It can be intimidating. Not so at Mesa. They’ve been welcoming since the first day I stepped on campus. They’ve pushed me, they’ve made me get involved, they’ve welcomed me with open arms.”

An English major aiming to transfer to either UC San Diego or SDSU, Kimble said his goals include earning a master of fine arts in English and working with prison-based educational programs.

City College (class of 2020) graduate Alonzo Harvey had his choice of several University of California campuses to attend before transferring this fall to UC Berkeley and continuing a journey he envisions leading to law school and a career as a criminal justice lawyer. Harvey’s motivation? He came out of prison convinced the system is rigged against people of color and determined not only to dispel the notion of being another statistic, but rather a change agent.

City College, which he calls the “Mecca of social justice,” was a perfect match.

“City is a progressive campus with a raw and authentic community-based culture,” said Harvey, who was active with Umoja, City Scholars and the A2mend. “The counselors, the professors, they’re all invested in you, they’re all personal mentors, they understand the politics that you’re dealing with and what’s going on in today’s world. The faculty are accessible and understanding, and it was a great decision to come here.”

With the COVID-19 pandemic straining the state’s jails and prisons, demand for restorative justice programs is certain to grow. During the early days of the pandemic, the San Diego County Sheriff’s Department granted early release to approximately 1,200 inmates incarcerated for nonviolent misdemeanors or with fewer than 60 days remaining on their sentences. The California Department of Corrections and Rehabilitation, meanwhile, expedited the release of approximately 3,500 inmates who were not a registered sex offender or currently serving time for a violent crime or domestic violence, and in August predicted as many as 17,600 California inmates could be freed early due to the pandemic.

Education is the key to a new path forward. According to a 2012 report by the California Department of Corrections and Rehabilitation, more than 65% of those released from California’s prison system return within three years, many unable to succeed because they lack the high school or college education that can lift them into a more sustainable socioeconomic situation.

When looking at education versus incarceration, the cost speaks for itself. According to 2017 data, the cost per inmate in California totaled about $75,560, which is more per year than tuition, fees, room and board, and other expenses to attend Harvard, a cost far greater still than at a California community college.

“There’s a need to support this population,” said Andre Jones, who serves as faculty advisor for the Urban Scholars Union and counselor for City Scholars at City College. “There’s a need to help these students connect, integrate, and navigate, help build a community so they don’t feel like they’re alone.

“The formerly incarcerated are as passionate and motivated as any student on campus to succeed, and we’re here to remove any barriers keeping them from getting the education they are seeking as a passport to a better life. We encourage all our students to take advantage of the services that are out there, because there are a lot of services out there.”