SDCCD looking forward to an eventful 2020

Welcome to 2020. At the San Diego Community College District (SDCCD), the new year means plenty of significant developments that will impact students and the larger community for years to come. Here are some of the more significant stories to watch for.

A new $12.8-million Child Development Center at San Diego City College should be wrapped up by early summer. The project is the final instructional building funded through the $1.555 billion Propositions S and N construction bond program, which has allowed the SDCCD to transform San Diego City, Mesa, and Miramar colleges, and San Diego Continuing Education’s seven campuses. The center will provide approximately 10,000 square feet for the City College Child Development Program, including classrooms for infants, toddlers, and preschoolers, in addition to approximately 14,000 square feet of playgrounds, outdoor learning areas, and parking. 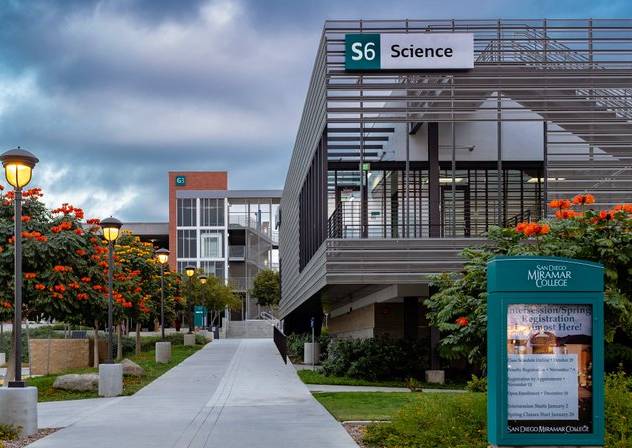 A New President at Miramar College

Miramar College is on track to have a new president by midsummer. A 15-member search committee that has been recruiting and screening candidates since the fall is winnowing its choices and will soon recommend five individuals for consideration by Chancellor Carroll. The final two candidates will interview with the Board of Trustees, and a decision is expected by late spring. Dr. Marsha Gable has been serving as Interim President at Miramar since November 20. The vacancy occurred when Dr. Patricia Hsieh stepped down as president after 14 years at Miramar to accept the position of superintendent/president at Hartnell College in Salinas. 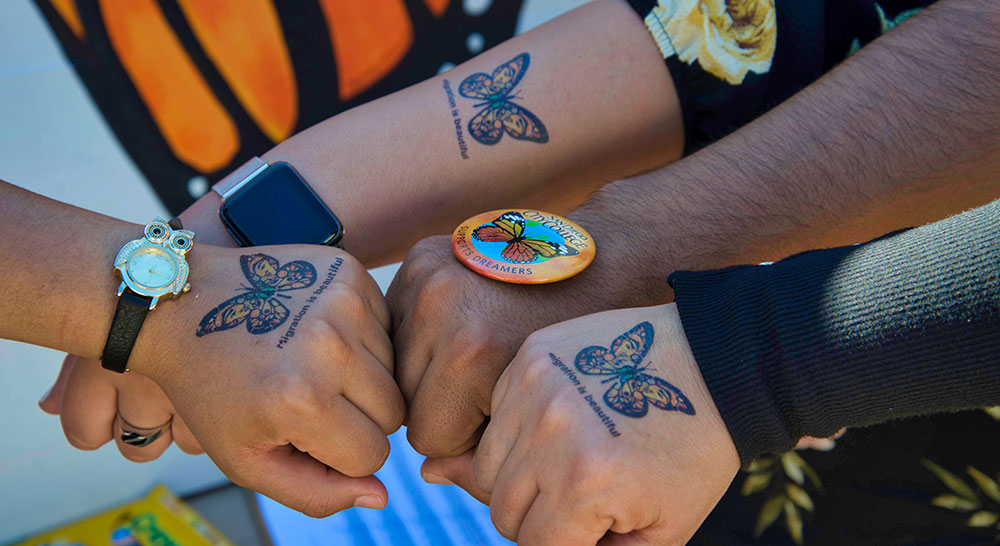 Eyes on the Supreme Court

The U.S. Supreme Court heard arguments November 12 on the federal government’s plan to rescind the Deferred Action for Childhood Arrivals (DACA) program, and a decision is expected in June. Regardless how the High Court rules, the decision’s impact could be profound. The California Community Colleges system estimates it serves between 50,000 and 70,000 undocumented students in the state, and the Migration Policy Institute estimates that half that number are probably protected by the DACA program. Meanwhile, City and Mesa colleges are among the eight community colleges in the region that have been selected to participate in a pilot program being rolled out this year offering free immigration-related legal services, including confidential counseling addressing immigration status, workshops covering immigration-related topics, spreading the word about available community resources, and more.

Board of Trustees Elections

Elections will be held this year in two of the SDCCD Board of Trustees districts. The five members of the Board of Trustees are elected on a staggered basis in even-numbered years, and on March 3, primary elections will be held in districts B and D. The top two candidates in each district race will then face off with each other in the November 3 citywide, general election. District B includes Mira Mesa, Kearny Mesa, Tierrasanta, Allied Gardens, and San Carlos, among other neighborhoods. District D stretches from Del Cerro south to Paradise Hills and includes the College Area, Kensington, Rolando, and Encanto. 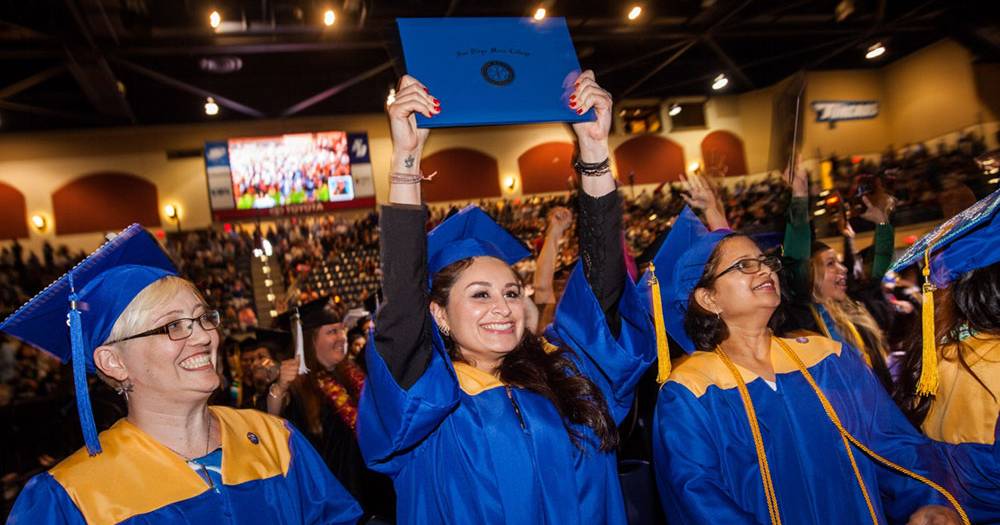 During the upcoming legislative session, state Senator Jerry Hill (D-San Mateo) will be authoring a bill that would eliminate the sunset date on existing baccalaureate pilot programs at 15 California community colleges, including Mesa College, and expand such programs throughout the state. SDCCD Chancellor Constance M. Carroll is co-chairing the statewide advocacy campaign on behalf of the bill including the establishment of the California Community College Baccalaureate Association. Currently, 15 of the state’s community colleges offer bachelor’s degrees in workforce fields where there is high demand and unmet need. Approximately 60% of enrolled students are minorities and more than two-thirds are women. In addition, students are paying less than $11,000 in tuition and fees for their four-year degrees, a fraction of what it would cost them at private institutions. 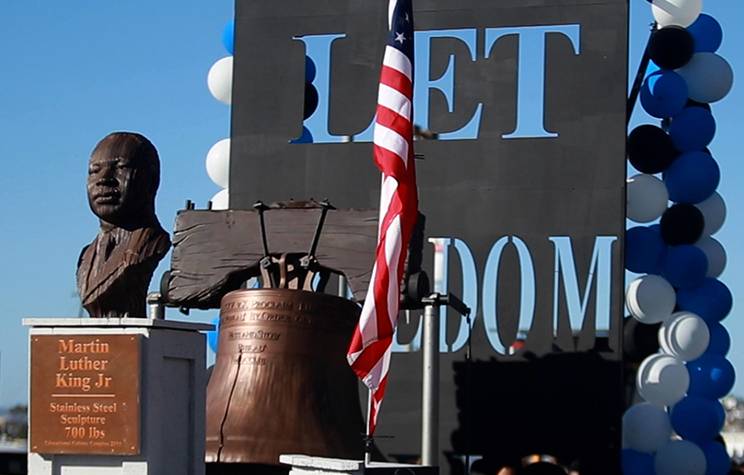 San Diego Continuing Education’s efforts to memorialize its Educational Cultural Complex in Mountain View as an official civil rights landmark will get a financial boost during a March 7 fundraiser, hosted by President Carlos O. Turner Cortez, “Coretta Scott King Inaugural Benefit: A Gospel Brunch to Support the Historic Preservation of ECC.” The Board of Trustees adopted a resolution in 2018 supporting the historic designation and submitted a proposal to the city of San Diego. Continuing Education leaders, meanwhile, are trying to raise $25 million needed to renovate ECC’s legendary theater and adjacent stage dressing room, lobby, community room, and public restrooms. Those who have performed or spoke at ECC include recording artist Stevie Wonder, poet Maya Angelou, Shirley “The First Lady of Gospel Music” Caesar, and Coretta Scott King.

At the start of the year, the San Diego Community College District and UC San Diego received a combined $2.7 million in grants from The Andrew W. Mellon Foundation to continue their successful partnership in creating a pathway for community college students to pursue their studies and subsequent careers in the humanities. The Mellon Foundation provided the SDCCD and UC San Diego similar three-year grants in 2016 that helped launch the Preparing Accomplished Transfers to the Humanities, or PATH, program, which has increased the pipeline of diverse transfer students in the humanities with a focus on mentoring and career preparation efforts. The new grants will support an Integrated Internship Initiative offering options to interested UC San Diego graduate students studying the humanities to look toward community colleges as potential employers; increase student outreach and retention through mentoring; continue to strengthen faculty connections between the two institutions; expand support services in the annual PATH Summer Academy; and employ digital technology where possible. 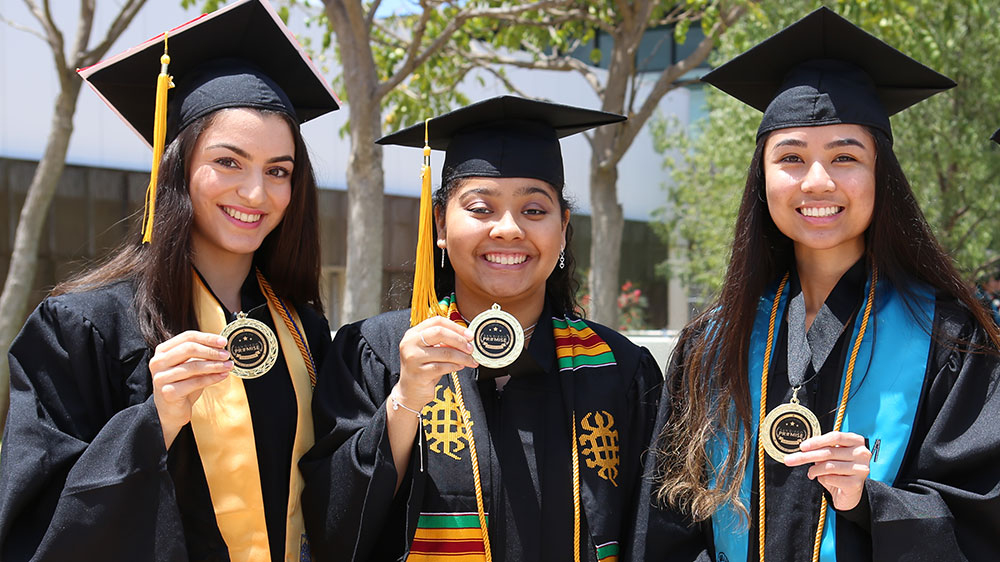 Gala this fall. The event will celebrate the successes of the program while raising funds to help ensure the San Diego Promise can continue to grow and serve even more students. The first event, held in September 2018 at the San Diego Natural History Museum, featured actress Annette Bening, a Mesa College alumna, and raised more than $200,000 for the program that allow students to attend City, Mesa, or Miramar colleges tuition-free for two years. More information about the 2020 event will be available this summer. The San Diego Promise has served 4,360 students since its inception as a pilot program in the fall of 2016 with an initial cohort of just 186 undergraduates. 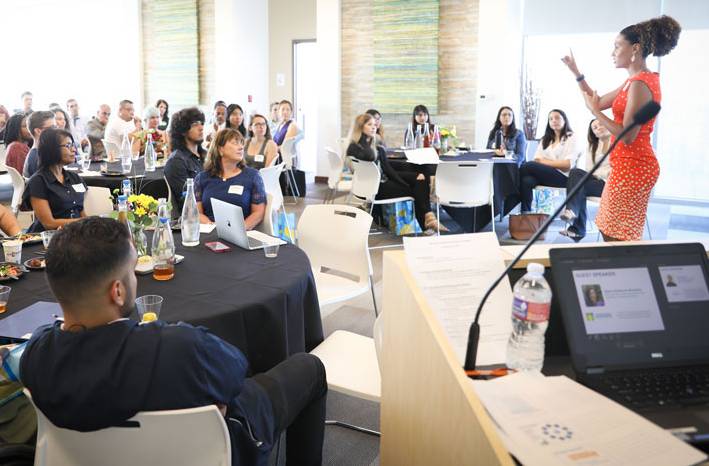 The Teacher Pathway Inclusion Program, aimed at bolstering the number of teachers at San Diego city schools who look like the students in the classrooms they teach, should kick into high gear at Mesa College this fall. “We want to bring teachers to the classroom who come from the community and who mirror the community,” said Mesa College Vice President of Instruction Isabel O’Connor. The Teacher Pathway Inclusion Program involves Mesa College, the San Diego Unified School District, and National University working together in creating a seamless route for high school students to earn a bachelor of arts degree and teaching credential – with an emphasis on filling a growing need in science, math, or special education. Mesa is hoping to enroll 50 students transitioning from San Diego high schools each year, with a goal of transferring 30 of those students to National University after two years. San Diego Unified will identify potential future educators from the ranks of its middle and high school students and provide them with the support and counseling they need to reach their goals.

Mesa College is hoping to reach its ambitious goal of securing $250,000 for its Resiliency Fund Campaign that will create a sustainable, long-term financial reserve to assist students with unexpected emergency expenses and therefore decrease their risk of dropping out of class or college. A recent Hope Center #RealCollege survey found nearly 50% of Mesa College students are struggling with food insecurity and 18% lack permanent housing. Mesa College leaders and the San Diego Mesa College Foundation launched the Resiliency Fund fundraising initiative in the summer of 2019 and have raised more than $100,000 to date.