Chancellor's Message: A New Beginning for Our Nation and Democracy 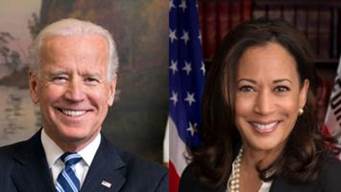 This year’s presidential transition is like no other. It has been contentious in the extreme and, at times, deeply disturbing as the incumbent leader continues his refusal to accept the outcome. Yesterday, however, this situation crested in an even more disturbing manner when a mob of insurrectionist Trump-supporters stormed the nation’s Capitol and disrupted the final process of Congressional certification of the Electoral College votes. This seditious action was the most direct and most dangerous invasion of the Capitol since the War of 1812.

Like many of you, I watched this situation unfold on television with increasing anxiety and fear for our democracy, which was already in a fragile condition. It was horrible and shocking to see this mob of people carrying KKK and Nazi flags, marauding, destroying artwork in the Capitol, and invading offices while Congressional leaders had to be evacuated for their safety. This was actually an attempted coup and it was temporarily successful in derailing the nation’s most critical process: the official certification of the election of a new president. In the end, however, when the mob had been forced to leave the building, the members of the Senate and House of Representatives reconvened and spent the night doing the important work of reviewing and certifying the election.

All of us who believe in our democracy have learned important lessons: to be vigilant regarding challenges to our political systems; to be forceful in combating these challenges; to insist upon collegiality, civility, and decency in our processes and interactions; and to protect our precious privileges as citizens of this great nation.

As educators, we have the additional responsibility of ensuring that our students understand our nation’s history and values so that they can step forward in pursuing these goals.  As our population becomes more diverse, misunderstandings and conflicts are inevitable. We are tasked to understand differences among us stemming from race, ethnicity, religion, gender and gender-identification, and a host of other characteristics that can easily be divisive if they are not understood and celebrated. America, in my view, is at the crossroads of a titanic struggle between intolerant forces that reject change and hopeful forces that embrace diversity. Education is the key to resolving this impasse.

After a long and harrowing January 6, I invite everyone to join me in breathing a great sigh of relief that our nation and our democracy are safe (for now) as we welcome new leadership for our country.