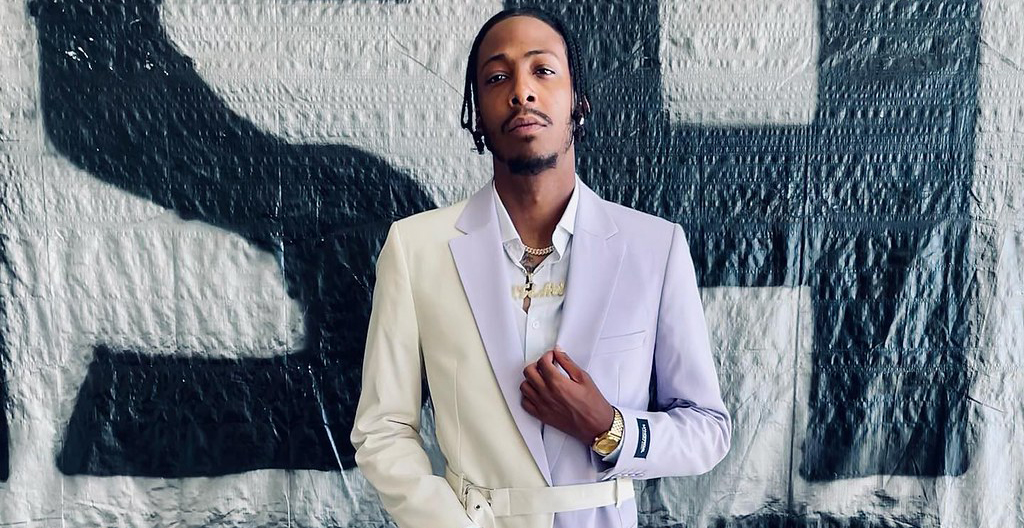 Twenty-six-year-old fashion designer Tyler B. Free is using his line of gender-neutral handbags to make a statement of inclusion — only a few months after learning how to sew at San Diego College of Continuing Education (SDCCE).

Having earned the title of top designer by Black SD Magazine in 2020, a feature in San Diego Magazine, running fashion shows at North Park’s Queen Bees, and a hand-crafted collection being sold online and in stores at Encinitas4Equality, a multicultural community center and co-op for BIPOC (black, indigenous, people of color) owned businesses, Free is doing exactly that.

Before becoming a designer, Free had dreams of playing in the NBA (National Basketball Association) for the Miami Heat. He was recruited to play basketball for York College in Nebraska where he earned a degree in psychology. “During my senior year of college, I realized I was not going to the NBA and had to think about what else I was passionate about,” he said. “It’s hard for a lot of athletes to have other dreams. I have been playing basketball since I was four years old.”

With support from his family, Free's new purpose became fashion.

“My dad would always tell me to use basketball as a vehicle to get me to where I want to go,” he said. Free’s dad is a basketball coach and a retired homicide lieutenant.

After graduating from York College, Free moved to San Diego to start a mental health job mentoring youth. His mom encouraged him to take the free sewing classes at SDCCE during his spare time.

“My mom is my biggest supporter. My parents gave me some pretty big shoes to fill,” said Free, explaining his dad was the first black lieutenant in Las Vegas, Nevada.

Inspired by his father, Free also hopes to break barriers as a minority fashion designer.

He enrolled in Sewing Fundamentals at SDCCE’s Cesar Chavez Campus in Barrio Logan. Inside the makerspace classroom Free began to craft his garment ideas from scratch, learning how to sew, alter patterns and add pockets to products. Once he completed his first sewing class, Free launched Outlaw LOTE, an elegant western handbag brand for men and women designed with bright and neutral colored animal prints.

“There are not enough high-end brands that were started by a minority or who employ minority fashion designers,” said Free. “My goal is to make Outlaw LOTE a luxury brand like Gucci and Dior. I’m going to be a part of the same conversations as those major labels.”

While the design and merchandising industry has become more diverse and inclusive over the last two years, with the increase of BIPOC designers emerging on main stages, Free believes there is more work to be done. To ensure his involvement with every aspect of his brand, he is working toward completing a Clothing Construction and a Sewn Products Business certificate at SDCCE.

Students learn basic to advanced apparel construction skills at SDCCE including professional standards of workmanship, and how to turn a sewn product from concept to consumer. After certification completion at SDCCE, graduates are ready for employment or can transition to San Diego Mesa College with up to four college credits earned toward an associate degree in fashion.