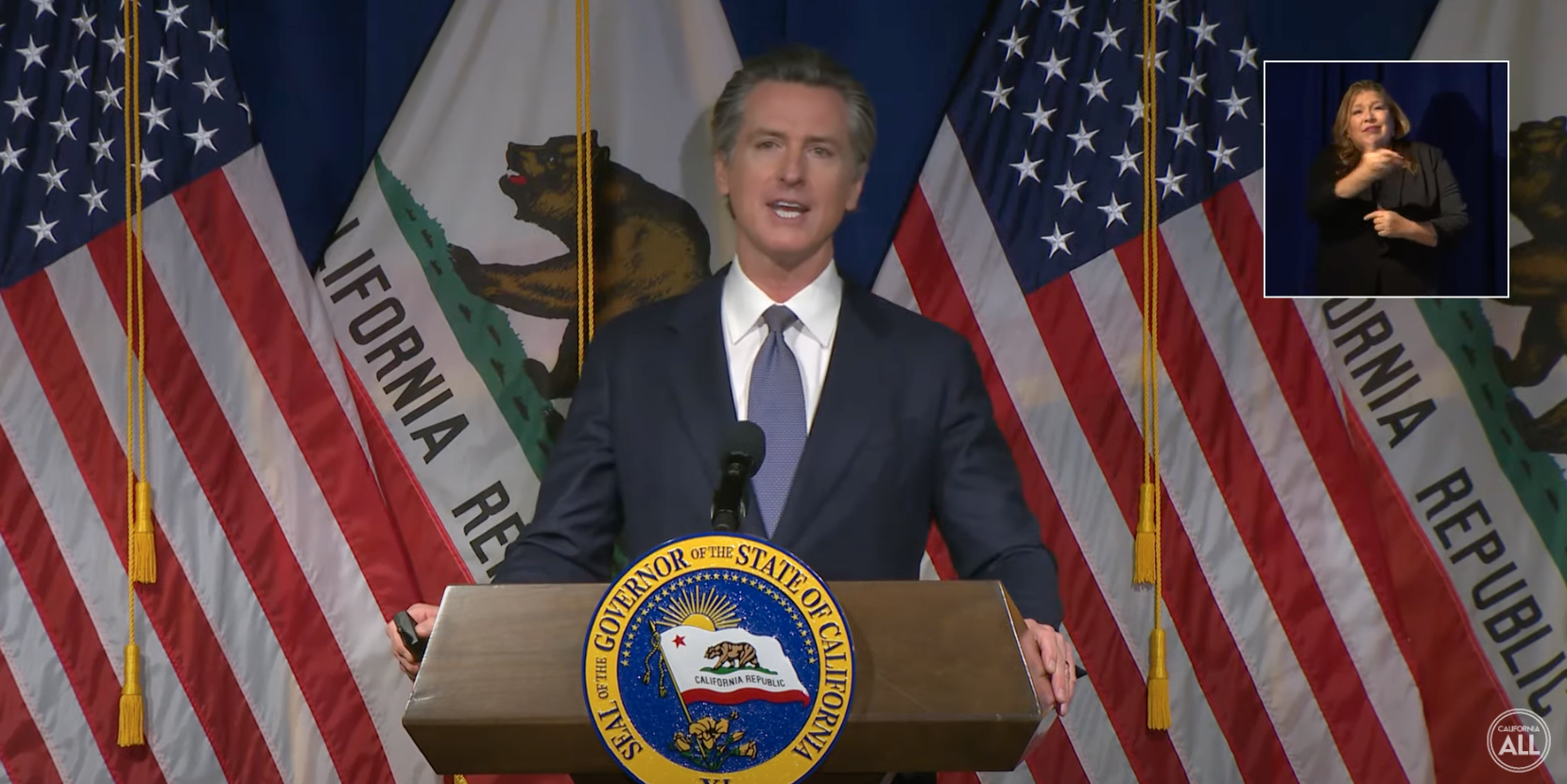 On January 10, 2022, California Governor Gavin Newsom outlined a $286.4 billion budget for Fiscal Year 2022-23, including $213.1 billion in the General Fund and a one-time discretionary surplus of $45.7 billion, representing an increase over the budget he introduced this time last year.

The Governor’s press conference marks the official start of the State’s budget development process. The Governor’s Budget Proposal will be followed by legislative discussions, advocacy from the public and private sectors, and further analysis by the State Department of Finance and the Legislative Analyst’s Office as more is known about revenue being generated in the current year. As was the case in the past several years, it is anticipated that the revenue estimates will continue to be positive in spite of the continued effects of the COVID-19 pandemic. The next official step in the process will be the Governor’s second budget proposal, known as the May Revise or May Revision, which will be issued later in the spring, and will be based on updated revenue figures, as well as input from legislative discussions and public advocacy efforts. The state must pass a budget by June 15, in time for the July 1 start of the fiscal year.

In his remarks, Governor Newsom reviewed the process and components of the budget effort that resulted in the State’s expenditure plan for FY 2022-23. In spite of the continuing impacts of the COVID-19 pandemic, the state continues to see significant surplus revenue for the second year in a row. The Governor’s budget priorities include tackling homelessness, climate issues, universal health care coverage regardless of age and immigration status, paying down pension debt, as well as addressing pandemic related impacts including hiring more health care workers. As he has in past years, Governor Newsom uses one-time funding increases as a hedge against possible future revenue reductions. This administration continues to propose investments in a number of areas across various priorities with 86% of new spending being one-time in nature.

As for education, funding for K-12 and community colleges will exceed $100 billion for the first time in history, with the state’s 116 community colleges getting $560 million in new general fund revenue. UC and CSU will benefit from 5% general fund budget increases targeted at increasing access and affordability while achieving greater student success.

For Proposition 98, which requires a minimum annual funding level for K-14 schools (K-12 schools and community colleges), there is approximately $16.1 billion in additional funding. Additionally, the proposed budget makes approximately a $9.7 billion deposit into the Proposition 98 rainy day fund.

For the California Community Colleges, the budget demonstrates the critical role played by community colleges in the state’s economic health and includes significant investments in student financial aid, enrollment and retention, and part-time faculty. The buy-down of the outstanding pension liability will significantly benefit all districts as they struggle through the pandemic.

The budget continues to support the Student Centered Funding Formula (SCFF), which has provided fiscal stability for districts during the pandemic, and continues to prioritize access and student success. To prevent anticipated fiscal declines between 2024-25, when the “hold harmless” provision of the SCFF sunsets, and 2025-26 the administration intends to propose statute changes to create a funding floor for all districts to transition to the core formula over time that will provide all districts with no less than their 2024-25 hold harmless revenue amount—regardless of the number of students they serve that year or in the future.

Another important budget priority for the SDCCD is affordable housing. While there is no additional funding for student housing included in this budget proposal, the administration has indicated that they plan to continue to allocate the funding that they set aside in the current-year budget to fund a number of proposed projects.

The San Diego Community College District has always followed a balanced approach to fiscal policy and operations, and has been aggressive in taking steps to eliminate any and all developments that produce structural deficits. Under the Governor’s proposed budget, the SDCCD will continue to invest in our great institutions, City, Mesa, Miramar, and Continuing Education colleges to advance their programs and innovations.

Here is a summary of the Governor’s proposed budget, which Executive Vice Chancellor Bonnie Ann Dowd and several agencies have analyzed, as it affects community colleges in general and the San Diego Community College District in particular.

For more detailed information see the 2022 Joint Budget Analysis from the California Community Colleges Chancellor’s Office, working with other organizations.

Cost of Living Adjustment (COLA). The Governor’s Budget includes a 5.33% COLA in the amount of $409.4 million.

SDCCD Impact. This will yield $14.6 million, which will be addressed in accordance with the SDCCD Resource Allocation Formula (RAF).

Apportionment Funding for Growth. The Governor has proposed 0.5% in growth funding in the amount of $24.9 million.

SDCCD Impact. The District continues to be funded under the Student Centered Funding Formula’s (SCFF) minimum revenue provision (i.e., hold harmless); therefore, the SDCCD will not be receiving any growth funding.

- Deferred Maintenance to support districts operational and energy efficiency projects is included in the Governor’s proposal. This year’s state allocation proposal is $387.6 million.

Although there is more detail to be provided in the months to come as the state budget process continues to move forward, the Governor’s proposed budget includes one-time funding to community colleges for several state initiatives that support access, equity and innovation. By focusing on some of these initiatives with one-time funding, the Governor is taking a cautious approach to spending down the state’s currently projected revenue surplus, which he emphasized could change in the months to come. The proposed budget continues to demonstrate the state’s commitment to education while also tackling other major issues such as the COVID pandemic, homelessness, and wildfire protection. The Governor’s proposed budget is the first step in the process for development of the state’s 2022-23 adopted budget and it once again provides some needed relief in several areas that are important to the state, community colleges and the students and communities we all serve.

The Board of Trustees, the College Presidents, the Vice Chancellors, the Academic and Classified Senates, and the student leaders, will be involved in legislative advocacy efforts that will begin later this month when we will participate in statewide advocacy meetings with a focus on increasing base funding and continuing the mitigation of the impact of increases in the employer contributions to CalSTRS and CalPERS.

During the coming months, you will all receive information about the budget issues that will be addressed, along with other legislative matters, and your ideas and suggestions will be welcome. The District Cabinet and Budget Planning and Development Council will now turn its attention to the actual, detailed budget development process for 2022-23, a process in which everyone will be involved through designated councils and committees, both districtwide and at the campuses. All districts are required to approve a Tentative Budget by June 15 and an Adopted Budget by September 15 each year. In addition, the District’s strategic planning process will also include opportunities to provide direct input on our priorities and initiatives to be pursued in the years to come. I encourage you to stay engaged and let your voice be heard.