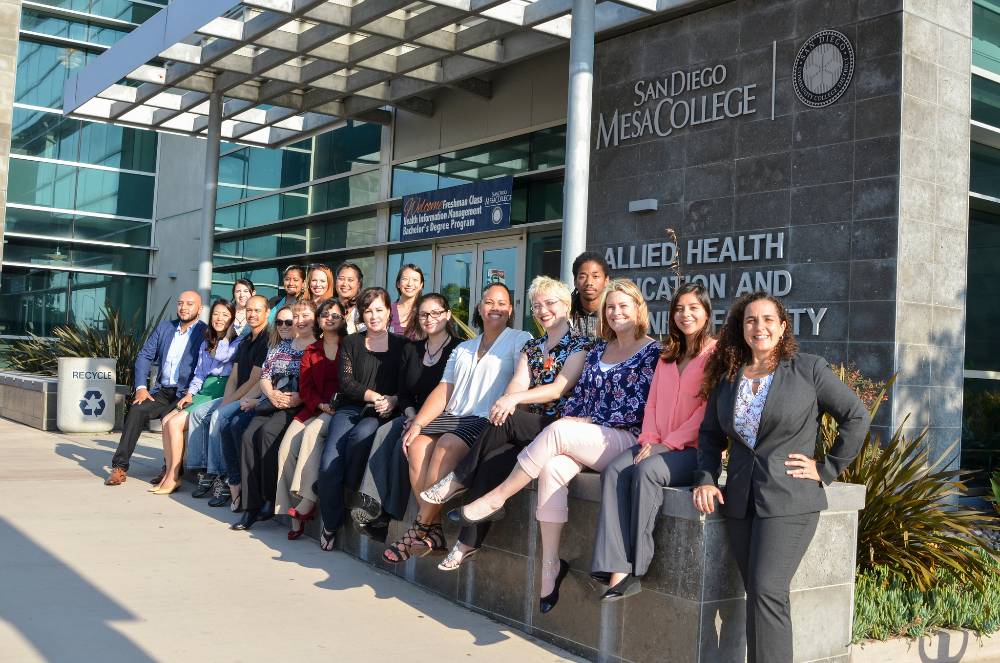 Twenty-eighteen promises to be another historic year for the San Diego Community College District as the district moves forward with several major initiatives to expand access and educational opportunities for local students.

1. Return of Free Community College: On January 1, Assembly Bill 19 became law. The bill by Assemblyman Miguel Santiago (D-Los Angeles) makes the first year free for all full time community college students. The bill didn’t include a funding mechanism but it is expected to be included in Governor Brown’s proposed budget, which must be released by January 10. Starting this fall, approximately 3,000 San Diego City, Mesa, and Miramar College students will benefit from this program – which complements the donor-funded San Diego Promise.

2. Momentum Builds for 4-Year Degrees: This May, San Diego Mesa College will become the first California Community College to grant four-year degrees when its first cohort of health information management students graduate. The college is one of 15 participating in the state’s Baccalaureate Pilot Program, which was established after a successful grassroots advocacy effort co-chaired by SDCCD Chancellor Constance M. Carroll. Also this year, new legislation is expected to be introduced to extend the pilot program so that a complete assessment can be made. Until then, Mesa and the other pilot colleges will continue to provide students with convenient access to affordable four-year degrees in high-demand programs not offered at any public university in California.

3. Final Projects for the $1.6 Billion Bond Construction Program:  Nearly 16 years since voters approved Proposition S, and 12 years since Proposition N passed, the last projects of the district’s $1.6 billion bond construction program will be underway. To date, 42 new buildings have been constructed along with several major infrastructure projects. The largest of the remaining projects, the Mesa College Center for Business and Technology, is expected to be completed in 2018. Meanwhile, district students, faculty and staff are enjoying access to facilities that rival those found in California’s best public universities.

4. Efforts to Reduce Textbook Costs: During 2017, district faculty expanded use of Online Educational Resources (OER) as a way of addressing rising textbook costs. This year, adoption of OER by faculty and students could reach a tipping point. For example, Continuing Education recently received $185,000 in grants to implement Zero Textbook Cost degrees. Most SDCCD students work and many struggle financially. For some, the cost of books can exceed what they pay in tuition. Certainly any effort to address college affordability will need to take into consideration how to reduce the cost of textbooks and other educational resources.

5. A Growth Milestone for Miramar College: Founded as a training academy for San Diego’s first responders, San Diego Miramar College is now a comprehensive college and among the fastest growing community colleges in the nation. Home of the Southern California Biotechnology Center, the college trains many of the tech and life sciences workers that drive San Diego’s economy. Miramar College’s enrollment grew by 10 percent last year – as part of an enrollment management strategy implemented by the SDCCD. During 2018, the college is expected to reach 10,000 Full Time Equivalent Students (FTES). More than symbolic, when Miramar reaches 10,000 FTES, the district will receive additional state funding that will benefit all three colleges and Continuing Education.

6. Support for DACA Students and other “Dreamers:" It remains uncertain what action will be taken by Congress and the Trump Administration to protect the status of hundreds of thousands of undocumented immigrants that came to the country as children. Without Congressional action, the Deferred Action for Childhood Arrivals (DACA) program will end in March. One thing is for certain, the district will continue to stand in support of its more than 466 DACA students and employees as it did throughout 2017. Support for DACA students will be among the district’s top legislative priorities when the Chancellor and Trustees meet with state representatives in late January and federal representatives in early February.

7. Election-Watch: 2018 is, of course, an election year. From the congressional mid-terms, to important state races (including a new California Governor), to local elections, there is no shortage of results that will have big impact on higher education, including the SDCCD. Importantly, the district will hold its own elections in 2018 in trustee districts A, C, and E. San Diego residents should be sure to register and vote in both the May primary election and November general election.