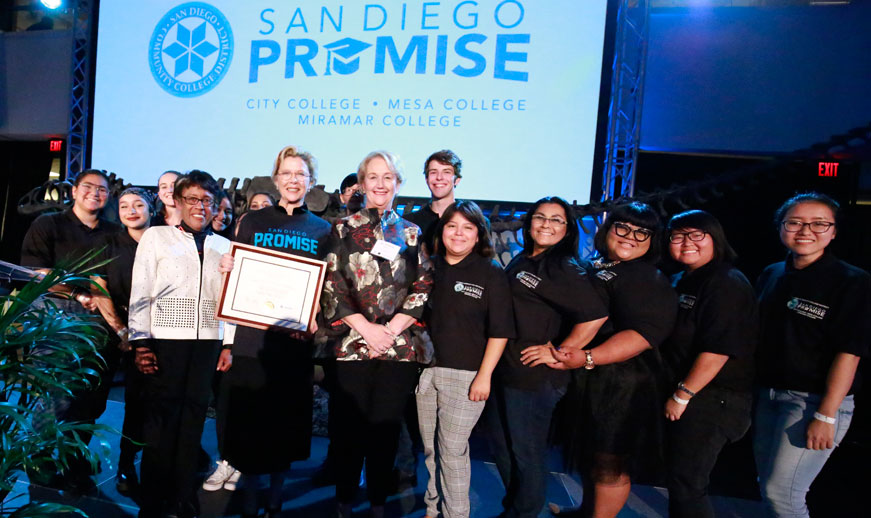 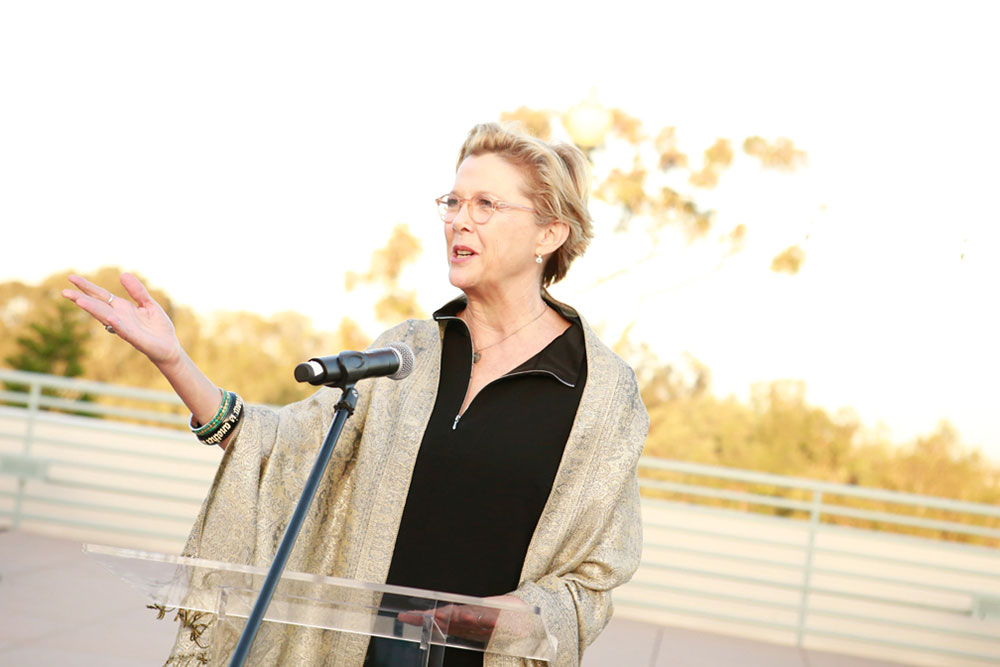 Speaking at the sold-out event, Bening shared with the audience how the education she received at Mesa College helped prepare her for a highly successful acting career.

A four-time Academy Award nominee, Bening has won numerous awards and played critically acclaimed roles in films such as “Being Julia,” “The American President,” “American Beauty,” and “The Kids Are All Right.” Her newest film, “Life Itself,” opened in theaters this week.

A San Diego native, Bening has stayed connected with Mesa College over the years including serving as the commencement speaker in 2002. She is currently honorary co-chair of the San Diego Promise fundraising campaign along with San Diego Mayor Kevin Faulconer.

“When I went to San Diego Mesa College, it was basically free and now it costs a lot of money and there are a lot of people who want to go to college who can’t afford it,” said Bening. “So the San Diego Promise program is trying to rectify that. That’s why I’m here, because I care and I want to give back and I want to say thank you and pass it on to other people who want the same opportunity that I had to go to a good community college.”

In recognition for her many contributions, SDCCD Chancellor Constance M. Carroll made a surprise announcement that the district will establish the Annette Bening Promise Scholarship to be awarded to a district student who demonstrates academic excellence and a commitment to service.

“All of our students have the capability of becoming distinguished alumni like Annette Bening,” said Carroll. “When they succeed, I hope that they will emulate her by providing opportunities for future students to excel. The San Diego Promise is an excellent gift to our community and we are grateful to Annette Bening and to all of our donors who have made this possible.”

Chancellor Carroll says the success of the fundraising gala and other fundraising efforts will allow the district to ensure any full-time student who wants to complete a two-year program at City, Mesa, and Miramar College can do so regardless of his/her financial situation.

The historic program waives tuition and enrollment fees for the two years of full-time study toward an associate degree and provides other support, including textbook grants. While state funding is available to cover each student’s first year, the district is raising funds to provide tuition for each student’s second year as well as to support eligible students with the cost of textbooks.

To learn more about the San Diego Promise, visit: sdccd.edu/promise.

See Photos from the Promise Gala