The San Diego Community College District Board of Trustees is seeking public input as it moves forward with a redistricting process that will include updates to the maps used to elect its five-member board. The Board redistricting subcommittee has developed a proposed adjusted trustee area map.

A virtual public forum with the Board redistricting subcommittee is scheduled for 5 p.m. on Monday, November 29, 2021 via Zoom webinar, to provide the public with an overview of the redistricting process, share the proposed adjusted trustee area map and seek public comment. To participate join the meeting on Zoom.

Also to be discussed and voted on at the special Board meeting on December 6 is whether the district will retain its primary election system, or hold only a general election without a primary. In June of 2019, the Board approved a Resolution to transition to “by-trustee area” elections commencing with the 2022 election cycle. Prior to the Resolution, trustee candidates would first run in trustee area-only elections with the top two vote getters in each district then running in a citywide general election. Now, only voters in each trustee area will participate in the general election, and in the primary if there is one. There will be no citywide election of trustees in either the primary, if any, or in the general election. To participate in the special Board meeting join the meeting on Zoom.

At its regular meeting on December 16, the Board will consider additional public comment and vote to approve the final adjusted trustee area map.

Each ten years when there is a national census, community colleges and other government institutions are required to “redistrict.” Redistricting refers to adjusting the boundaries of voter districts, or “trustee areas” in the case of SDCCD, to make the voter population as nearly equal as possible in each trustee area while assuring politically and racially balanced voting. “Deviation” is the percentage difference between the ideal voter count in each trustee area – the exact mathematical average when you divide the total voter population by the number of trustee areas – and the actual voter count in a specific trustee area. Generally, a deviation of 10% or less is acceptable under legal standards. 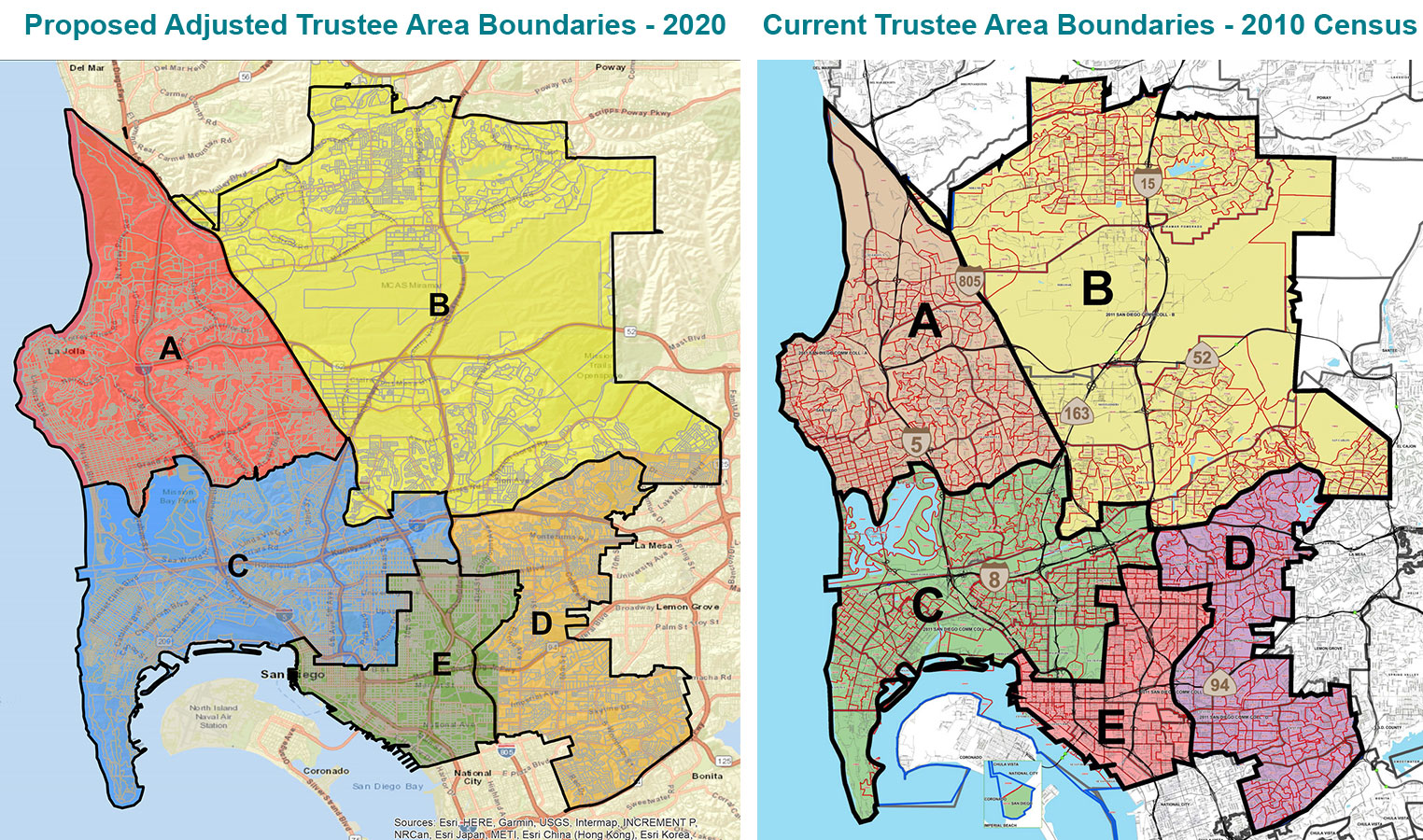 Submit your questions or comments